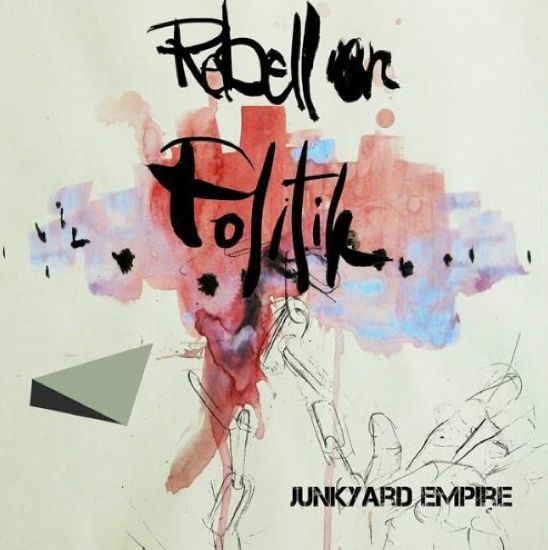 The rebellious nature of hip-hop music is often overlooked by the very people who are charged with creating it. Rappers with mediocre lyric writing ability, subpar breath control and no charisma contradict the very concept that cream rises to the top by following a relatively easy checklist for success. That checklist includes (but is not limited to) getting a hot producer for your single, getting at least one big name guest star to appear on it, talking about how paid you already are and how many sex partners you have, and avoiding anything that draws back the curtain to reveal the powerful people behind it pulling levers to create comforting illusions. A consumerist and often vapid culture co-opts this mediocrity perfectly and packages it as a mock form of rebellion. Demagogues like Glenn Beck and Bill O'Reilly will decry it as bad for the youth, ironically making it more appealing to the same demographic they're so concerned about. Each side digs in their heels and pulls with all their might, hoping to drag the other to their side, invariably missing the much bigger picture.

The youth of every age can rail against authority by using lewd language, making shockingly bawdy sexual references and wearing clothes or accessories that push the so-called standards of decency. Hip-Hop by its inherently expressive nature puts the easily palatable rebellion into the hands of those needing to rebel to develop their own identity, and hip-hop is broad enough to encompass this and package it, but it's only a generation gap rebellion. Each new era brings another new look, new sound, new form of debauchery, and a new culture clash between those who have forgotten they once participated in the same conflict. Heavy metal encompassed this conflict, as did punk music, as did rock'n'roll, and so on. As these two sides wage a war over what was considered decent and moral, a real rebellion always lingers just beneath the surface. The pressure of that rebellion builds like tectonic plates grinding against each other, unseen and unnoticed except by a few careful observers, until without warning the pressure gives way and everything we know is shaken to the core. This rebellion is not about pissing off authority figures - it's about questioning their right to HAVE authority. Why do they have it? Who gave it to them? Are they using that authority in ways you would approve of? If not, how do you take that authority away from them?

The true rebellion of hip-hop has always been its ability to give a voice to the disenfranchised, and in turn those previously denied that voice openly questioning the comfortable illusions we surround ourselves with. Once that curtain is drawn back, there are no shortage of people pulling levers that make us very uncomfortable. Rallying against police brutality in your own neighborhood is not far from rallying against the military waging a war overseas against people you've never met. In either case someone with power is using it against someone without it to enforce their point - whether that point is "this block is ours" or "this land is ours." Power mongers justify their acts by claiming ancestral heritage, divine right, or in rare cases unapologetic greed - they want more and will take it from whoever they can. At the highest levels real people become nothing but pawns in a global game of chess with the highest stakes imaginable - losing means you die, your family dies, and your whole way of life vanishes. Now THAT is something to rebel against. Hip-Hop tackles this in ways both small and large. "Fuck Tha Police" is a localized statement of rebellion while "Fight the Power" is a globalized one. Each one sees fit to question the authority of those who it has been vested in.

Junkyard Empire is another rap group following in the hallowed hip-hop tradition of Boogie Down Productions, Public Enemy, The Coup, Rage Against the Machine and yes even N.W.A. of questioning societal norms and political power at the same time. Listening to the seven songs of "Rebellion Politik" it becomes abundantly clear that lead rapper Brihanu believes freedom of speech means nothing if you don't use it to say something important. One of the dangers of such rebellion though is that you can fall into the trap of being smug and self-righteous - I speak for the people, I know what they want to say that's not being heard, and I understand the truth better than you do. The title track of their EP finds Brihanu walking that fine line between being a prophet of political dissent and becoming a demagogue of the liberal left in his own right:

"Right now, speaking as the voice of masses defeated
Mistreated, believe it, you beat us rob us and gas us
We've been passed up, locked up, exploited and downsized
But we will UPRISE, no compromise, the SYSTEM fired next time
My mind is still inclined to form a rhythmatic rhyme
But I got enzymes in my blood that let me break it down each time
So I can't digest, all that bullshit that you feed me
You think hip-hop is anti-social? You ain't read the graffiti
Cause you ignored us like the writing on an Indian treaty
We from the seedy needy streets of each American city
where it's gritty and grimy, public school hallways, never shiny
Where police be eyein me cause public policy criminalized me
They kept us in poverty, like a third world resident
Nobody's exempt, not even the brother of the President"

The other chief danger of this form of rebellion is that the music takes a backseat to the message to such a degree that the message never gets heard. Thankfully Junkyard Empire is aware that there's still a chance to entertain even as they offer a revolutionary point of view, so they've got a full band to jam to Brihanu's rap. Chris Cox plays keyboard and trombone, Bryan Berry plays guitar, Dan Choma is on the bass and Graham O'Brian bangs out the drumbeat. Does the mixture of live organic Roots style music and the polemic political discourse work? For the most part yes. While some people would fall into the trap of becoming preachy blowhards with a small cult following, Junkyard Empire seems poised to break out in the same way Rage Against the Machine did a generation ago. They're still having fun on songs like "The Basics" featuring RDM and Mr. Nox, but songs like "Conflict" don't shy away from the big questions about "two armed factions that blast without thinking" in "a trival rival that predates the Bible" - the battle between Israelis and Palestinians. Brihanu's rap seems a little more critical of "Zionist hypocrisy" than the tactics of the other side, but as he runs down the history history of the last 100 years he notes "the future of the region becomes ominous" and that the conflict will ultimately be self-destructive to both sides. It's no surprise that JY follow such a heady and intoxicating rap with a slower more mellow song appropriately titled "Catharsis," nearly seven minutes of a look through the eyes of the disenfranchised.

The thirty minutes and change of "Rebellion Politik" certainly aren't going to be for everyone. There's no comforting bling bling, no gyrations causing sexual salivation, no odes to conspicuous consumption to be found on this EP. Many of the truths here are hard and uncomfortable, but thanks to Brihanu's flow and the ability of his band to jam, a spoonful of sugar helps the medicine go down in what this critic would consider to be a delightful way. That's not to say there isn't some room for improvement, because they lack the hard hitting bass of Rage and the humorous sarcasm of Boots Riley, but at their core they represent the real rebellion of hip-hop that is so often overlooked. This is not an album that's going to change the world, but if you listen to it, you may start to wonder why you're not trying to. The curtain is pulled back just far enough that you can't pretend to not see any more.