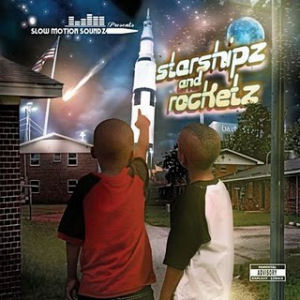 Repping Huntsville, Alabama and occupying the same general circles as Paper Route Gangstaz, G-Side are a classical southern hip hop duo, following in the footsteps of UGK, OutKast, and especially Eightball & MJG. ST and Clova lack the individual prowess to dominate tracks, but instead adopt the Carolina Panthers (or: Tennessee Titans…who really cares) paradigm of smash and dash rapping, the combination of their talents resulting in a proficient offense.

Like Paper Route Gangstaz, G-Side work extensively with super producers Block Beataz (the dudes behind Jackie Chain's "Rollin'"), and are effectively rapping in service of their huge, lysergic beats. ST and Clova are working entirely within the conventions of grass root Alabama and Georgia hip hop, putting together rhymes about being on the grind and the usual fascination with expensive cars. Clova delivers his verses from his viscera, eschewing semantic elegance but conveying a tangible sincerity. ST is the wordsmith of the twosome, particularly in his ability to switch flows and take some of the listener's attention away from the surround sound production. On "We Own Da Building," he raps, "And they say there's no honor amongst thieves // but honesty has never been a problem amongst G's // I follow the five P's: proper preparation prevents poor performance, and avoid informants." The volatility of his flow is enough to complement the track's runaway keyboard without trying to contend with it.

That being said, "Starshipz and Rocketz" is as much a Block Beataz album as it is a G-Side album. They slow the tempo down while refraining from the gimmick of a chopped and screwed method; instead, multiple instruments and samples maintain separate channels, enriching and magnifying the sound. The loose concept of the album is space—or rather the drowsy, codeine-fueled feeling of space. The album's cover evokes a warm impression of poor childhood friends in awe of the concept of space, and that yearning can be heard in between G-Side's lines. So there's a nice blend of form and content between Block Beataz and G-Side. The peak of this coalescence comes on "Speed of Sound," a huge track that musically and lyrically illustrates the combination of drugs and driving better than most any Swishahouse record has. A backing choir, rocket sound effect, and a familiar B-boy call weave in and out of the channels while G-Side work with the beat rather than against it.

Although well paced, the album's bottom half is bogged down a bit by the uncomfortably Chingy-esque "Minute Away" and the modest but unremarkable "Back of the Chevy." After that, though, the record takes off again and climaxes a complete change of speed, accelerating to the breakneck, encompassing pace of techno on "Run Thingz." Block Beataz let the infectious beat loose, but contain it enough so that it doesn't become the kind of hipster pandering crossover as, say, Wiz Khalifa's "Make It Hot" (for better or for worse). G-Side check their influences while putting a spin on Andre 3000's famous Source Awards proclamation, "the south got something to say." Huntsville's got something to say, and I encourage you to listen up.