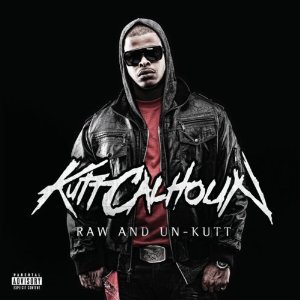 Cultivating a roster of artists is a difficult task for even the most gifted musician. Dr. Dre has seen more failures than successes under his Aftermath label. Eminem and 50 Cent have yielded similar success ratios with their Shady and G-Unit labels. Part of the fault lies in chance. No matter how much effort and talent is put into an artist, sometimes they don't succeed. Ultimately though, the fault lies in the musician himself. No matter how dope an up and coming emcee may be and no matter how dope your beats and/or guest verses may be, the success of the up and coming emcee usually depends on how involved the sponsoring musician is in the project. Dr. Dre invested a great deal of time and effort into a young Marshall Mathers. Em and Dre did the same with a raw Curtis Jackson. 50 returned the favor for Jayceon Taylor and all of G-Unit. While all those involved dropped solid debuts, those who are still around today were able to find the right balance between independence and influence. Tech N9ne is trying to find that balance with his own label. Having expanded his Strange Music empire recently with the additions of Brotha Lynch Hung and Cognito, Tech N9ne's challenge has evolved to guiding his artists without becoming an over-bearing influence. Kutt Calhoun is the first original Strange Music artist to drop an album since the label expansion and his "Raw and Un-Kutt" shows the transition is a work in progress.

Tech N9ne was heavily present on Kutt Calhoun's first two albums, some would say his presence was a bit much. Common complaints on "B.L.E.V.E." included the fact Kutt sounded like a Tech N9ne imitator and not his own man. "Feature Presentation" gave us an album that, for me, found the right balance. The Tech influence was there, but the album itself was a showcase of Kutt Calhoun's skills. "Raw and Unkutt" finds Calhoun further separating himself from the Tech N9ne influence with mixed results. The concept of the album is influenced by Tech N9ne's "KOD" and "Killer" as it is divided into sections. The intro lets us know Kutt Calhoun is experimenting with a new drug called "Raw and Un-Kutt" and this CD takes us on a trip through the Good, Bad, and Ugly side effects of the drug. The execution is not ideal as the Good and the Bad blend into each other, while the Ugly side is clearly the superior part of the album. The Good section gives us 7 party songs that range from the generic to the dope. "That's Kutt Calhoun" is a hard hitting party track that gets things started on the right foot. "Get Kutt" continues the good vibes with a heavy bass line leading the way and high-pitched g-funk synths and pac-man chirps following. Tech N9ne handles the hook, giving us his interpretation of KRS-ONE's classic singing on "Criminal Minded." Kutt rounds things out with solid brags making up his verses. "Naked" begins the downward spiral of generic and uninspired party tracks. It's an attempted strip club anthem that lacks the catchiness or appeal to make it good. Tracks like "Flip Cam," "Buy The Bar," and "Flip It Ova" are more misguided club tracks. Perhaps the only track that works is the smooth "She Wants Me." The mellow, jazzy beat and a Too $hort verse give the track a vintage pimpish vibe.

Kutt Calhoun shines the best on harder, street oriented tracks and introspective tracks. "Kansas City Shuffle" is a brash and rowdy hometown anthem and one of the best tracks on the album. "Calm Down" features newcomers Stevie Stone and Rivv Loc and is the type of trash-talking street track that Kutt Calhoun shines on. "Laughing Stock" begins a dope run of 6 songs that constitute the Ugly section of the album and end "Raw and Un-Kutt" on a very positive note. E-40 and B.G. Bulletwound show up on "You Don't Wanna Funk," a track that oozes a classic bay area sound. The murky, almost distorted bass line wobbles all over the track while the rappers use the menacing sounds to deliver equally menacing lines. "Redemption" is a somber, depressing, and paranoid song that works on every level. The song fittingly features Joe Budden doing what he does best. "Dark Knights" features Brotha Lynch Hung and a stripped down beat, both embodying the desperation of the violent acts described on the track. Kutt's sharpest moment comes on the album's finale as he is brutally honest with his fans about the difficulties of trying to make a living in the music business.

"Raw and Un-Kutt" finds both Kutt Calhoun and Tech N9ne at a crossroad. Without Tech N9ne's heavy influence, Kutt delivers an inconsistent album. Yet, the highest points on the album come when Kutt Calhoun is allowed to deliver honest, street oriented music. Tech needs to be able to steer Kutt towards his strong points without steering the direction of the actual music. If that is done, Kutt can easily deliver an amazing album. Kutt's talent still shines and he delivers 8-9 nine solid to classic tracks, but as a whole the album leaves the listener feeling a bit disappointed.