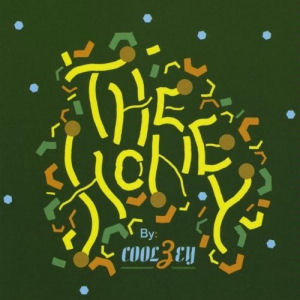 Producer-MC Coolzey's LP "The Honey" came out in January of this year. While I probably should have reviewed this album around when my editor sent it to me, I am somewhat glad that I didn't, as holding off on this review for a few months gave me the chance to read what the rest of the World Wide Webbers had to say about this record. The critical reviews of "The Honey" have been mixed, but nearly every critic has felt the need to comment extensively on the fact that Coolzey is a whiteboy from small-town Iowa and that most small-town Iowa Caucasians don't make rap records. The blogosphere, for whatever reason, considers Coolzey's background an appropriate context for evaluating whether or not this album succeeds.

It is a shame that hip-hop critics feel an almost uncontrollable urge to harp on the race and background of the artists they review, constantly obsessing over the apparent novelty of a rapper who doesn't fit the archetype they have formed in their heads. Apparently rappers don't come from small-town Iowa. Apparently they aren't white. I wonder if rappers stereotypically attend college like P. Diddy, Tupac, Wycleaf Jean, The Roots, Mr. Lif, Aesop Rock, and Ludacris. I wonder if they are typically Asian like Cool Calm Pete, whether they are typically former paralegals like El-P, or Somali like K'Naan or Canadian and half-Jewish like Drake or lesbian like Bitch and Animal. At this point, rap artists are so wonderfully diverse in all senses of the word that any critic who can't stop talking about how atypical it is that a rapper is (insert non-stereotypical quality here) must just not be listening much. (Similarly, it is a shame that Coolzey reps himself as some sort of rap anomaly on his website instead of just letting his music do the talking) Why not evaluate "The Honey" entirely based on its merits, not on whether Coolzey's Wikipedia entry is typical of rappers?

When one finally does move on to the actual successes and failures of "The Honey," one finds plenty of both. Overall, though, "The Honey" is an inescapably charming and well-produced album. Lets just get this one thing out of the way: Coolzey is not a particularly good rapper. He sounds best when his rhymes are manic and complex, like on "Ride," but, is too seldom able to breathe life into his plain voice. On the LP's opener "Little by Little," Coolzey is at his worst, as his overly conversational delivery sounds more non-musical than comfortable.

Lyrically, Coolzey is also a mixed bag, though his words are better than his delivery. When he waxes abstract like on "Retina Scan" or nostalgic like on "Old Machine," he is insightful and charismatic. Less often, he writes like an indie-advertisement to a targeted demographic. The worst instance of this, again on "Little by Little," comes at the end of the track when our MC closes the song by stating that he tours for the experience (to seem wholesome!) and also "for the free drinks and drugs" (to seem sordid!). Coolzey is not a sufficiently nuanced lyricist to simultaneously write to be marketable and maintain his integrity.

But focusing too much on Coolzey's words and delivery misses 'zey's true strength: songwriting. Indeed, much like Kid Cudi, while Coolzey is not a good rapper, he is a good enough rapper so as to not too much detract from his other very strong musical instincts. This WHITE IOWAN is, first and foremost, an extremely gifted producer (which is how I imagine he linked up with established MCs like Copywrite and Sadat X, both featured on the album). Regardless of the quality of his flow, Cool's beats are consistently both head-nodding and inventive. Even the lyrically insufferable "Little by Little" is partially redeemed by the adept build of the beat. The track starts with a droning tuba, followed subtle but increasingly vibrant percussion and then an understated yet radio-friendly synth hook, climaxing in a gracefully constructed synthesis pop and noise. "Ride"'s demonic chorus perfectly compliments the accordion driven hook on the verse. "Tour Song Too" is a straight banger – placing Dr. Dre-esque strings under a steady clap and adeptly throwing some organ on the chorus to mix things up just enough.

Perhaps more impressive than this producer-MC's beats, though, is his ability to dabble in various genres. Most of the album is straight hip-hop. But on "Look," he mixes rap and alternative rock, channeling Beck in his "Devil's Haircut" days. I'm not sure if Coolzey has a naturally good singing voice, but his vocal production on "Look" is so on-point and he is so at home in his talk-singing over "Look"'s driving and experimental noise-heavy musical backing that his natural abilities don't much matter. On "Old Machine," the best song on the record, and one of the best songs of the year so far, he takes his cues from Midwestern folk, singing like Mason Jennings better than Mason Jennings does over lo-fi, wandering electric guitar and clunky, monotonous snare.

Perhaps the biggest indictment of "The Honey," is that Coolzey too often sticks to rap, when his natural gift is for eclecticism, but this may just be a symptom of a young artist finding his comfort zone. Time will tell, but I remain optimistic about the directions Coolzey will grow.