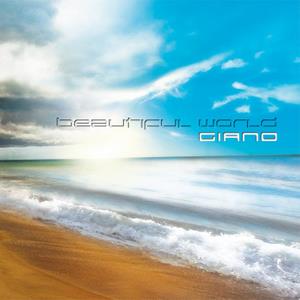 Giano is a rapper/producer out of Hampton, Virginia, who has been making music with his partner Prophetik for over a decade. The two started out as a regular hip hop act before dedicating  their lives to Christ in the late 90s. This makes for music that is a notch above many Christian rappers, who get into music as a way to spread their beliefs, meaning the emphasis is on the message over the music. While Giano isn't lacking in the message department, his musical chops are far and above most of his Christian rap peers.

Where a lot of Christian rappers emulate more mainstream or club-friendly rap, Giano makes Christian backpack rap. He's influenced by artists like Black Moon and the Wu-Tang, and has the appreciation for lyricism of a true hip hop head. He references Jay-Z and BDP, spitting lines like "My name is similar to D-O-to the G-M-A, and if it wasn't, I'd be on the GMA's."

His strongest song is "If Jesus," which uses the oft-repeated idea of imagining what would happen if Jesus appeared on earth today, wondering:

"Would He go about doing good deeds the hood needs?
[...]
Heal the water problems over the globe
Multiply food and clothing for poor folk
[...]
Would He live in an apartment cheap
Or warm His hands at the fire by the park and sleep?"

Giano is backed by solid beats, including four tracks he produced, and work by Prophetik, 4sight Sounds, JustWord, Tony Stone, and Sinuous. High points include the jazzy "Society Conscience," the cello-laced beat on "We Need," and Sinuous's snapping snares on "If Jesus." The title track mixes in some Spanish rapping, all celebrating the diversity that Giano feels makes this world so beautiful.

In some ways, Giano sounds like the Roots or a Christian Lupe Fiasco, spitting clever rhymes that criticize the evils of the world. However, Giano's religion is much more front and center than either Lupe or the Roots. While his hip hop bona fides aren't in questions, he uses his music and musical abilities as a vehicle to proselytize. He drops scripture in his verses, admonishes listeners to accept Christ as their savior, and raps about the second coming. Giano is a Christian rapper, not a rapper who is Christian. His music is made by the faithful for the faithful, and you have to be on board with his take on Christianity if you want to come along for the ride.

I'm not religious, which means I am not the target audience for "Beautiful World." I liked the moments on the album where Giano's religious views inform his rhymes rather than dominate them, like on "If Jesus." I found the rest of it like sitting through a sermon, something I'm not down for.

Still "Beautiful World" is one of the better Christian rap albums I've heard. Giano has skills, and his backpack approach to Christian hip hop feels authentic and fresh. Church-going hip hop heads are going to love this, even if nonbelievers like myself find it hard to swallow.