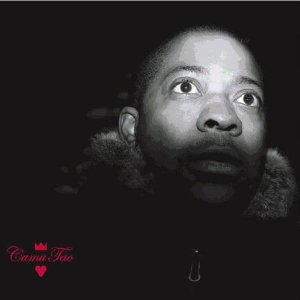 There's only one proper way to start this review - R.I.P. Tero Smith, better known to music world as Camu Tao. He passed away two years ago on May 25th after a protracted battle with lung cancer at the age of 30. Camu had been a fixture of underground hip-hop ever since his tenure in pioneering Ohio-based rap group MHz, and left behind an unfinished and incomplete solo album he had been working on for Definitive Jux when he passed. Friends and family alike were devastated that such a young and talented artist could be cut down in his prime, while Def Jux founder El-Producto was left with the question of what to do with the material Tao had recorded. Would it be disrespectful to finish it and release it after his death?

Now some wonks might say it's shamelessly macabre to cash in on a man who's not around to collect royalties any longer. The music industry has a long and storied history of dancing on people's graves though, and the only difference between the many posthumous releases is how tastefully they are done and how good the music is. The flip side of the macabre coin is that it might be even more disrespectful to do nothing and sit on an album Tao clearly intended to release. Imagine how empty most museums would be if we collectively decided it was shameful to enjoy the artwork of famous painters just because they're dead. In fact many of history's most famous artists were not celebrated for their creativity until long after their demise.

In the end El-P made the most logical choice for his label and for Tao's fans - finish the album and release it. This has been far from an overnight process. Two years have gone by while the material was carefully pieced together and mastered. Demos and recordings made in Tao's home studio were given the necessary level of spit polish and finishing touch to make them acceptable for release. Leaks both intentional and otherwise offered a tease as to what the intended audience could expect. One song included on "King of Hearts" even came out BEFORE Tao passed away - 2007's "Plot For a Little" from the "Definitive Swim" compilation. Tao's style evolution on the song was clear - he had moved away from his underground and often harrowing lyrical attack for a form of singing that was influenced by his rap background.

"Rebel to conformity
Rivals gonna like more of me
And maybe we were born to be (and maybe be made famous)
I'm not saying my body is shameless
And I'm not saying (I'm laying with Satan)
You can be a lame emcee, if you stay the same degree
Blaze and burn hopelessly
Really can't save ya"

At this point I'm left with a difficult decision similar to the one El-Producto had to make that involves showing respect for the dead. I want to make it perfectly clear that on group projects like MHz or S.A. Smash I always enjoyed his work as a rapper or producer. Selected solo tracks showed a ferocious battling rap attack that hinted at his untapped potential. Unfortunately the only solo album I reviewed before his death completely failed to tap that potential. I was left wondering why someone didn't step in and take the reigns for Tao, so that he could be the ill emcee I thought he was, while someone else handled the tracks and the mastering. Devoted 100% to his rhyming craft I thought he'd be what Mike Tyson saw in Canibus - a rapper who could eat eat eat emcees for breakfast, lunch, dinner and breakfast. I can't really say what changed for Tao in the years after this album and before his death, but it's pretty clear from "King of Hearts" that's not what he had in mind.

It's very hard to categorize this album for a review - in fact having listened to it multiple times I'm not even sure I can call it a rap or a hip-hop album at all. There are only one or two out of 16 tracks where Tao does anything one could call rapping. "When You're Going Down" is such a song, although Tao gets bored with attacking "silly niggaz" lyrically and switches up gears to sing his own hook. Here's the problem - God bless the dead but Camu Tao wasn't a great singer. Most of us can convince ourselves we're a good singer when the microphone is a shower head or we're a little bit tipsy at the karaoke bar, but it takes guts to actually record it and release it when your name's not Mariah Carey or R. Kelly. I feel bad about taking Tao to task for it on his last album ever, but even on his good songs he's still bad. "Fonny Valentine" is charming in its own off-key way, with a very engaging interplay between his heartfelt lyrics and the brutally dark piano track underneath it. "The Moment" is an eight-bit chiptune worthy of I Fight Dragons or Mega Ran, so again the charm of the presentation (complete with intentionally overblown vocals) makes his off-key warbling acceptable.

On other songs this just can't be avoided. The speedy minimalistic "Get at You" suggests Tao might have had aspirations to be like M.I.A. but hearing Tao sing badly about "turning tricks (and) sucking dick" doesn't work, even though he's telling a story about a woman so it's all no homo. The height of insanity though is "Kill Me." There's no instrumental whatsoever, just background noise that could either be a ceiling fan or a rainstorm, and there's long pauses where Tao either collects his thoughts or catches his breath that that's ALL you hear. In some ways it's preferable to his vocalizations though - with nothing to support his crooning it is (with apologies) simply intolerable. Now it's clear including this song as the final track is an intentional choice by both the artist and the label to make a statement, but one can't help but wish they had made a different one.

"King of Hearts" will find an audience. Some will buy it because they remember his prior rap career, some will be curious because it came out after his death, and some may genuinely enjoy what the press release describes as his "distinctively playful semi-soul croon." Not me. My greatest regret writing this review is that this is the final version of Camu Tao we are left with, even if that was Tao's own choice. I fully respect his artistic and creative choices and his right to be his own man and not be defined by his years as a seminal underground rapper. I respect his choices, but I still pine for a Camu Tao we don't hear on this album and that we won't hear ever again. In the end I feel that his potential still went untapped.