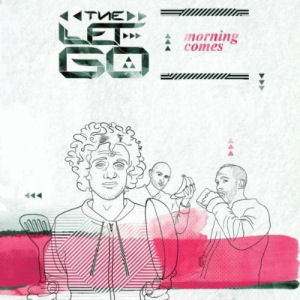 In the past several years, various artists from Seattle and the greater Pacific Northwest have popped up and skimmed the border between regional and national underground recognition—Blue Scholars, Common Market, Grayskul, to name just a few. Whereas less likely hip hop locales such as Minneapolis and North Carolina have proven formidable breeding grounds for talent in recent years, the inability of these artists to break through may be due to their lack of a distinct local sound. This is a potential constraint The Let Go might consider, as they prove perfectly serviceable emcees and producers on their latest LP, "Morning Comes," but not much else. As "conscious" backpack rapping goes, they're unable to compete with Blue Scholars or Common Market, and their second-gear frat rap, like most frat rap, only provides situational amusements.

In-house producer Captain Midnite works tirelessly at creating a cohesive soundscape for an album without much of a unifying theme, and as a result, his beats are often undermined by half-baked and off-key culminations. Hooks are generally left to MCs Type and Kublakai, who simply lack both the vocals and instincts to deliver anything meaningful. Unfortunately Midnite's production is too organic to allow for scratches as a replacement, nor the virtuosity to add complementary instruments and effects to mask his groupmates' lack of vocal training. "Rugged Road" boasts an upbeat organ-kick combo that only falters in its failure to shift after each sixteen.

"Morning Comes" is for the most part consistently decent, its few nadirs coming when the trio overplays their hand, as on the ornery "Stand My Ground." Type and Kublakai whine in backpack platitudes and combatively defy those who can't "stand [their] sound"—which is especially silly as there's almost nothing controversial or polarizing about their music in the first place. Elsewhere, the bitter "Sneak" contains an incongruently explicit verse from Eyedea that obfuscates the tone the group was striving for.

The sole track in which music, lyrics and content all meet each other halfway is the P.O.S.-guested "Nightfall." The Minneapolis MC ostensibly breathes life into the group as a whole, delivering the album's best verse over a stuttering guitar sample, while The Let Go duo contribute a pair of their own best performances. Midnite bridges the verses with the chorus by way of a momentarily jarring sample that makes one wish he experimented with his transitions more often. The pleasures are ephemeral, but it at least evinces the group's potential for above average music when a more polished artist is in the room with them (figuratively speaking of course—for all we know it was a Gmail collaboration; such is the strange times we are living in).