:: All Natural Inc.
as reviewed by Steve 'Flash' Juon 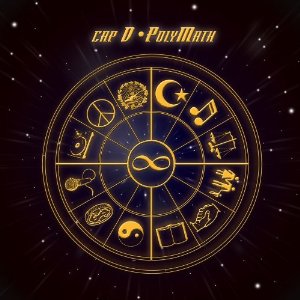 No stranger to fans of Chicagoland hip-hop or to the indie underground DIY aesthetic, cap D a/k/a Capital D has been steadily striving since the late 1990's to put out quality rap music. His membership in All Natural has only furthered those goals, leading to their independent record label of the same name and a wide variety of group and solo releases. If his respect among what often gets labelled the "true heads" were equal to mainstream exposure, cap D would be as well known as fellow Chicagoans like Common and Twista.

The truth of course is that he's anything BUT as well known as the mainstream hip-hop successes coming out of the Windy City. That's not entirely a bad thing given cap D's obscurity comes from artistic integrity, refusing to pollute his All Natural sound with chemical fillers and create a pop soda sound that's all fizz and no real flavor. After over a decade of recording, releasing, producing, promoting and representing underground Chicago hip-hop he's still standing strong on 2010's "PolyMath," which is a statement itself in an industry where intelligence and integrity aren't as valued as being a vapid lyricist propped up by the hottest beatsmith. Surviving in that environment for so long while staying true to your vision is remarkable, especially given the economic pressures we all deal with on the day to day. cap D explains just how he pulled it off on the Proh Mic produced "Who, What, Why, Where, When, How":

"WHEN? Right now and forever gon' be
Never no non-threat and don't bet against D
At last like that I'm fin' to let it come from me
Dumb forgettable competitors flee
WHY? Why? Why the fuck not?
This is hip-hop ock, I do not drop pop"

Highly underutilized producer No I.D. also laces a beat for D on "Crush":

"I'm just a modern day legendary literary luminary
Feel this hip-hop pulsing through your pulmonary
Cap rap click clack for your coronary
culminating in a check for the commentary
My contemporaries, are just temporary
Crushing customers is customary"

cap D is also not afraid to provide his own beats for the rhymes on tracks like "Champion Anthem" and "Chicago Five-O," but generally relies on a little help from his friends to get by. This pays strong dividends on !LLMiND laced joints like the guitar rock influenced "King of the Mountain" with Brother Ali and the soulful strings and singing of "Life Is a Hustle" featuring Tragedy Khadafi - so fresh I want an instrumental of it just to try mixing with other accapellas. Hell the beat is so good it even makes the Group Home samples in the chorus sound fresh. His deft touch can also be heard on the pop rock backdrop of "Respect" and the appropriately minimalist and sinister "Watch Your Step." This collaboration produces quality tracks and both artists should seriously consider releasing an entire EP or LP together.

On the whole there really aren't any tracks to object to on "PolyMath." cap D never spits anything irritatingly bad or ridiculously simplistic, and the beats from Battletek to Yuani (the latter shows serious promise lacing "All I Want") serve him nicely. Other writers for RR have noted in the past that cap D gets by at a certain level of niceness and that he never seems to progress to being on some next level shit. There's an element of truth in that statement, as I must confess I don't walk around on the daily quoting from cap D even though I've listened to countless All Natural related albums and projects over the years. He's definitely good, but for some reason, his natural and effortless delivery is almost exactly that - he's good without even trying. It's the same symptom that afflicts similar underground artists like Takbir from Styles of Beyond (who D can be an uncanny soundalike for) who pen good shit, deliver it with great breath control, yet don't have that GOTCHA vocal tone or ridiculous punchline that sticks with you and/or makes you hit rewind. It's both a compliment and a knock to say cap D is so good he sometimes don't seem to be trying, which may be the other reason he's still an underground rap hero. Even if he doesn't get to that next level, the level he's on right now is good enough that you should still fuck with "PolyMath."