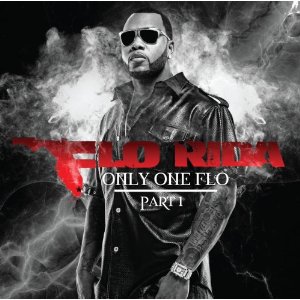 Consensus is not always universal amongst the RR staff. For example when it comes to the aptly named Carol City rapper Flo Rida, this writer found Flo's debut album to be relatively inoffensive even though Flo's sound and style throughout "came out of a cookie cutter hitmaking mold" and didn't establish Flo's true personality. Staffer Jesal Padania was much more harsh regarding Flo's second release, declaring the musical emcee's sophomore release to be "almost without merit, with pointless lyrics and over-sampling." OUCH. These views on Flo Rida's musical worthiness might as well be day and night. As an editor I've always encouraged dissenting opinions, because having a dozen writers all agree would be just as boring to edit as it would be to read, so Padania's (brutal) honesty is welcome even as I wonder what Mr. Rida said to his momma to make him so mad.

In all seriousness, I can see where Padania is coming from given I hinted at Flo Rida being a "malleable ball of clay" in his first review on the site. Flo Rida becomes whatever he's produced to be, and more and more of late, he's produced to be a pop crossover rapper with catchy sing-along hooks. He's halfway to being Nelly, a third of the way to being T-Pain, and maybe even one fifth of the way to being like the Black Eyed Peas. There can be little doubt that producer David Guetta was aiming for all of the above on "Club Can't Handle Me," the lead single of "Only One Flo (Part 1)." This is an unapologetically pop song, and quite frankly I don't think Flo Rida should apologize for that. Being pop doesn't necessarily make you bad - Missy Elliott and Nelly Haynes make fun tunes that aren't intended to be considered all-time lyrical masterpieces. This single falls ideally into that category - it's some shit you sing along to in the car, nod your head to at the club, or dance your ass off to if you've got the moves for it.

"I own the light and I don't need no help
Gotta be the feeling that Scarface felt
Stuntin gone wild, can't handle this playa
Life of the club arrogant like YEAH
Talk like money all the girls just melt
One too/one-two many all on me like 12
Look like cash and they all just stare
Bottles, models, standin on chairs
Ball out 'cause that's the business
All out, it's so ridiculous
Zone out, so much attention
Scream out, I'M IN THE BUILDING - HEY!
They watchin, I notice
I'm rockin, I'm rollin
I'm holdin, I know it, you know it
You know I know howwwww
to make 'em stop and stare as I zone ouuuuut
The club can't even handle me right nowwwww
Watchin you watchin me, I go all ouuuuut"

Is Flo Rida hurting anybody here? That depends on what you mean. He's not hurting any other rappers with his loquaciousness, and yet he's not hurting my ears either. It's a fun song, and while the bars that Flo raps/sings may not be genius, they don't insult my intelligence like a Shawty Lo track. His rhymes are simple, but not TOO simple - they're not nursery school level bad. The guests producers and artists Flo work with bring the extra heat to the songs to carry Flo along. Akon joins in on the Dr. Luke produced "Who Dat Girl," which starts out and is carried by a backdrop that sounds like a 1980's Nintendo game. Axwell pops the percussion with a musical series of clave sounds for the opener "On And On," and Kevin Rudolf is perfectly paired into this pop song crooning the hook. Ludacris provides the hardest rhymes of the whole album on the Knobody produced "Why You Up in Here," and the hard Southern knock compensates for the otherwise regrettable appearance of Gucci Mane on the song.

At the end of the day I think expectations have a lot to do with a Flo Rida album, and for the 8 songs of "Only One Flo (Part 1)" I didn't expect too much and actually got more than my $5 worth. It's easy to dismiss someone for being catchy or commercially successful, but if that's the only reason you dismiss them then you may want to reconsider your opinion. I'm still convinced we don't really know who Flo Rida is or what he could ultimately be, but I'm not convinced he's "totally worthless" either. Now and then it's worth it to have a rapper who's not trying to change the world, who's not trying to win awards, who's not trying to do anything but make something for the radio come correct. If this was pop music with terrible lyrics and shitty beats that hurt my ears, you know I'd tell you so (see Soulja Boy) but nothing on "Only One Flo (Part 1)" would make me want to change the station if I heard it on the radio.