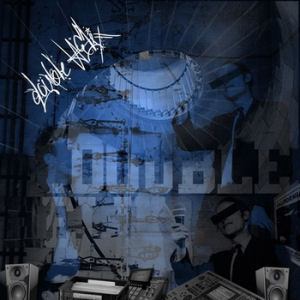 Rap music has come a long way since its inception in the South Bronx during the late 1970s. Through television, radio and the internet it has resonated with marginalized and rebellious youth and managed to cross cultural and racial barriers to become the worldwide phenomenon it is today. Artists like French rapper MC Solaar and Japan's Teriyaki Boyz have experienced success nationally and internationally despite not originating from the United States. Released in September 2010, JNA's "Double Helix EP" is a perfect example of hip-hop's ability to cross territory. Interestingly enough, the group is comprised of Californian rapper Javs and Tasmanian producer Akouo who both started to work together on the record after they moved in 2009 to Melbourne, Australia.

As a hip-hop duo, the chemistry between Javs and Akouo is evident from tracks one to ten. The intro track "No Chewbacca" features the standout production and lyricism that can be heard on the majority of the record. Akouo's production is especially on point with the hard-hitting drums and captivating horns on this triumphant tune. Not to be outdone by his partner, Javs effortless flow lets the listener know that even though he's in a group, ultimately he's Han Solo on the rhyming tip and ready to make an impact on the game:

"Y'all better listen to the smooth hop
Bringing your new rock, you fools get knocked
Out your comfort zone, unfamiliar territory
Follow the leader type cats get left below me
Lead the pack of an organized crew
Strapped with the loaded nine in my mind design too
Climbin' higher while you claiming how you was debating
On the relevant statements, you cats are overrated
Underestimated my skills, quick to judge
Will risk anything for the things I love
Aim for mass appeal, feel I'm on the right course
Rip mic cords, of course, I'm lighting the torch
Proud to keep it simple, y'all overly complex
Content being myself, hold no regrets
No rest until I finally get what I got coming
The 100 zone, in the zone, I won't run from it"

Similarly, tracks like the Pete Rock inspired "Rockin' It" and "Wild" demonstrate Javs hunger and intelligence on the mic, while Akouo continues his impressive work behind the boards. On "Rockin' It," the deep bassline and soulful backdrop provide a cool, old-school vibe, while the latter provides a stripped-down sound with an ominous flute. My only knock against "Wild" is that at less than two minutes it should have been twice as long. Considering it is one of the illest beats on the EP, this song should have been further developed. Though the omnipresence of rap has brought this unlikely duo together, Javs has no problem in pointing out that some of his rap peers don't have the same passion that he has for the art form. On the melancholy joint "Poison" featuring Phatchance, the emcee echoes the voice of many critics who point out that conscious content has been in steady decline in favor of commercial-friendly lyrics:

"Matter of fact, they all scatter like cockroaches in the dark
We spark light to expose they facades
The fraudulent at large they ain't playing they cards right
Be smart with your targets, the carpenter carving a new standard
Break through their brand you the new Bruce Banner
Ok, y'all wanna continue with that slander
You will feel that Blue Steel of Zoolander
Now who's badder?
Him or the dude practicing voodoo in a room full of blue lanterns?
Why do cats manufacture the wackness?
My DJ would do back flips over your track list
Meanwhile scratching the vinyl, it's never been so vital to capture a title
This kid's gnarly rolling with an automatic rifle
Strapped to the back of a Harley motorcycle"

The social commentary of this tune is subtly evident on the EP as a whole without Javs coming off too preachy. "Credit God" sounds like a mellow, more uplifting version of "Poison" with a hint of spirituality, while the funky tune "Hooligans" hilariously explores the ill effects of getting wasted. The only real misstep on this record would be "True Essence," whose trippy-sounding drums make it very difficult to focus on what the emcee has to say. Based on the talent heard on the "Double Helix EP," a full-length debut album for JNA is definitely more than deserved.