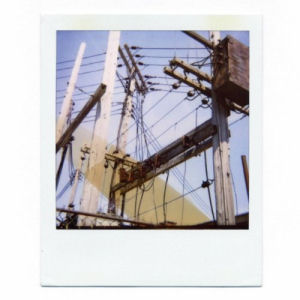 Fresh off collaborations with Super Chron Flight Brothers and N.A.S.A., 24-year-old Utica, N.Y. producer A.M. Breakups' solo debut comes in the form of "The Cant Resurrection," a mostly-instrumental LP steeped in a dark, industrial sound. A.M. Breakups sports a heavily mechanical sound with many unorthodox audio elements and unusual loops and rhythms for an abstract style that often belies musical convention. Early tracks such as the short "Reference; Utica, NY 1951" build layers of keyboards, guitars, and complex percussion arrangements for an eerie and unsettling effect. Some tracks, such as "Dreams" with V8 and Eleven, are too cluttered sonically, with a myriad of distinct elements failing to blend together with the rigid drums and nonsense-spewing rappers.

The "glitch-hop" approach proves most effective on the more musical and less frenetic tracks. "Forms" has an appealing melody achieved through the interplay of a sunny piano and otherworldly-sounding synthesizer, and Super Chron Flight Brother Billy Woods contributes to the distant vibe with a trademark smoked-out performance. Some tracks are more irritating than others - "Blackout (Another Trip, Part 2)," the percussion-less "Perfect Science" and "Low Bombing," and the particularly abrasive "Streets" come to mind - and too much of the music is comprised of whirring robotic sounds and soulless loops sounding like a factory at work. Although some tracks are appealing on their own, few stand out because so much sounds the same. The successful presence of vocals on "Chapter 2" indicates that A.M. Breakups is better served in collaborations than naked instrumentals.

"The Cant Resurrection" falters where too many instrumental releases do - it frequently feels like a piece worthy of being observed and appreciated rather than enjoyed. At well over an hour in length, the similar repetitions of staticky loops grows tiresome. Billy Woods shows that in the hands of an ambitious rapper A.M. Breakups' beats can be quite serviceable, but Teddy Faley and the other MCs here are too abstract and nonsensical for their own good. There are probably people who will find "The Cant Resurrection" creative and innovative, but unfortunately for A.M. Breakups I am not one of them and I doubt many of RapReviews' readers are either.