JNatural :: Love Is On Hiatus :: Project Blowed
as reviewed by Steve 'Flash' Juon 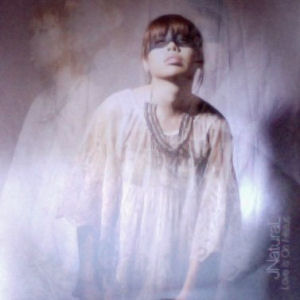 Janelle Corpuz is the female rap artist who never expected to have a music career, then wound up getting a major endorsement from a legend of the game once she arrived. Although she was interested in slam poetry dating back to high school, the lure of higher education was strong and the desire to own her own business even stronger, leading inexorably to Halseyan International LLC. The love of the art and culture stayed strong though, as indicated in her JNatural bio: "(In) college JNatural and her friends were staying up late at night dissecting the lyrics of Freestyle Fellowship, Living Legends and Hiero." Perhaps it was inevitable then that she'd form her own hip-hop band and jam with members of California's Project Blowed fam. Aceyalone saw in her something that music was missing and christened her "the new face of hip-hop [..] here to serve y'all." He's had a guiding hand in her career ever since.

JNatural's "Love Is On Hiatus" could by title alone be seen as a potshot at earlier points in her career, as she at one point released a "Sex Lies and Sextape

" mixtape to get a little more mainstream recognition. The cover of her latest album is almost anti-sexual to boot as all the feminine curves are well hidden, leaving only her haircut and a little makeup to save her from androgyny. Despite that impression, Janelle is clearly in touch with her femininity on songs like "Limber Slinky," where she uses a triple stacked rhyme flow clearly derived from close examination of Aceyalone's technique to rap about a beau too obsessed with playing games to feel her warm embrace. She emphasizes the point by singing on the hook: "How long will you go/until your world turns cold/you're caught up in the storm of your silence." "Desire" goes beyond the games and gets boldly intimate:

"When the somber played its first note, my book of life is rewrote
I'm in love at first sight with the mystery and the gun smoke
Eyes of the Leviathan, mounds of rope to tie me in
Can't escape and now the beast has got me by my pipe of wind
Pressin into my hipbones, ingested me like a love jones
[...]
He sings into the sunlight, like every night is a last night
Then creeps between the sheets just to seek..."

Once again JNatural uses the hook for emphasis, singing that her lover has found "truest desire" and she has "a taste that's so sweet you will not stray." The entire presentation is backed up by an Indian vocal chant that only increases the Kama Sutra feel of the whole deal, and the unnamed turntablist who scratches over the beat mid-song keeps the hip-hop vibe strong. Speaking of uncredited contributions, the only thing one can glean from this promotional copy of her album is "All lyrics written by JNatural; executive produced by Aceyalone." RR readers are undoubtedly aware that being an executive producer means you oversee a project, as opposed to actually making beats for said project, but it is possible that Aceyalone took a turn behind the boards. He certainly does in front of it, joining J and Abstract Rude for "Keys to the City." Collaborations are the exception though, as JNatural is the sole focus for 15 out of 16 tracks. Considering how many female emcees hide their voice in a crowd of cameos, it's nice to hear J boldly claim her own spotlight.

Janelle bounces back and forth on "Love Is On Hiatus" between talking about the physical and sensual to the serious and somber, but never seems to get lost in the transition. Even when she talks about sex, baby, she does so in a more refined and less crass way than other rappers who seem singularly focused on charming men into doing their bidding through sex appeal. In this way she becomes the West coast version of Jean Grae, not fearing the power of her vocal and bodily appeal, but more likely to appeal to both her male and female audience through the power of her mind and her oration. "Trigger Finger" is an understated hand clap rap where she vows to "repair this damage done" and get past "selfishness, the root of the problem" to find a real relationship. "Kicks" is pure b-girl, from inhaling the chronic smoke to lacing up her sneakers for a night of fun all while "reminiscing on how we used to did." The most assertive song of all may be "I Am Where the Music Is," and her confessions of love are clearly dedicated to H.I.M. (Hip-Hop in It's Maturity.)

Like any press kit that finds its way across a critic's desk, JNatural's "Love Is On Hiatus" is full of hyperbole that may ultimately exceed the commercial appeal and success of a nationwide album release. The one thing it does not exceed though is the talents of Janelle Corpuz, someone who clearly doesn't need a career in music to make it in today's world, but who is nonetheless driven by her inner creativity to make a contribution. She's teamed up with the right camp to help make that contribution worth listening to, and though in today's tough climate her business prospects may exceed her musical profits, the endeavor was still worth making and is certainly worth listening to.