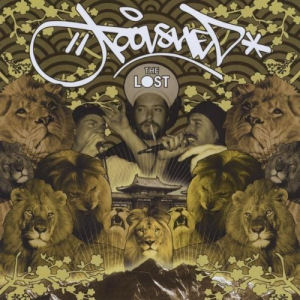 Chokeules, Timbuktu and Psybo have combined to form a Canadian hip-hop supergroup named Toolshed. If you're not already familiar with any of these artists skepticism would be immediately understandable, as hip-hop supergroups are a dime a dozen these days. Familiarity will NOT breed contempt though - it will have you salivating at the potential of what this crew can do with nearly an hour of studio time and 16 tracks to spread the wealth out on. It's not long before pressing play on this disc that the dividends start to play, especially with Timbuktu pulling double duty on production. "Irish Car Bomb Pt. 2" is a drunken debaucherous example:

"Shed alert! We got phones to call
Round up the crew, follow protocol
We need the kind of buzz that puts holes in walls
when the knee drop elbow bowling ball
Hold it y'all - who snaked my brew?
I know they're cold and all, but those ain't for you
Let's dial a bottle of diabolical plans
And grab your three sixes so the devil can dance"

The last two lines are a bit of an obscure reference, but Devil's Pale Ale is a beer made by the Great Lakes Brewery in Toronto, that comes in a tall can with a highway road sign reading "666." So yes, the members of Toolshed are Crazy Canucks and proud of it (don't get mad, that's actually another of GLB's products) but it's about the hip-hop swag first and foremost. Tim's beats take what could otherwise have been some good to average localized braggadocious rhymes up a notch. The "Flavor Saviors (Remix)" sounds like Jeru the Damaja's "Come Clean" and Xzibit's "Concentrate" got thrown in a blender and came out chunky, but delicious. Speaking of fattening, "Round Table" is a posse cut bringing in Wordburglar, More or Les and Savillion paired with Biz Markie scratches by the oddly named Middlesex Wrestling Team. Is that one man or a crew? Either way you can hear M.S.T. on multiple tracks including "Peppercorns," a snappy bass throwback to that progressive hip-hop heard on underground radio shows in the 1990's.

Toolshed, much like the concept it's named after, stands on its own outside the hip-hop houses the individual members have built - and also doubles as a metaphor for the skills they have in storage. The song titles are at times whimsical, and there's no doubt these rappers got jokes in their punchlines, but tracks like the Fresh Kilz produced "Hit 'Em With His Running Shoes" featuring Ghettosocks are no laughing matter. This collaboration is a chance to bring the best out of each other and the lyrics reflect that intent:

"Put on a cardigan fuckers, cause I'm too cold
Up in ya new hoes, you zone like Manute Bol
Cold crushin, hard off the top like old muffins
Keep on foldin like economies, they so Russian
Catch a five megaton blast to your ice grill
Then kick back with 51 glasses of NyQuil
The lightning that I'm striking with is slicing your mic skills
Don't ask about Riker cause he's lookin just like Kils"

That's high creativity points on the rhyme tip - everybody always comes hard like bricks or tough like steel but before Toolshed nobody ever came "hard off the top like old muffins." With all that said I don't want to overstate the point and make Toolshed seem like the greatest thing since sliced bread. As mentioned in the opening paragraph rap supergroups are a dime a dozen these days, and when it comes to that a crew like Slaughterhouse could live up to their name and literally murder every emcee in this group. That doesn't make Toolshed not worthwhile, it just means that if they want to be top contenders for the Trios Tag Titles they need to drop more than one project. They do get a pretty big endorsement on the inside flap though - Derek Christoff wrote their liner notes. They'll go far in hip-hop - how far is up to them.