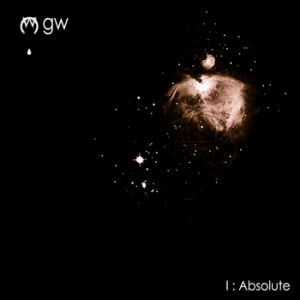 Often when reviewing albums the critic is presented with an overly abundant press kit. Typical features include a fold out poster of the artist (DO NOT WANT), a five page bio of the artist's entire life story (CUT IT DOWN TO ONE), press clippings of every review they've ever received (SELECT A FEW QUOTES) and a lengthy list of all the people who they opened a show for (NEVER SAW THE TOUR). As obnoxious as these voluminous packages can be, they do at least remove any mystery about what you're reviewing. Every single fact you could ever want about an artist you've never heard of, right there are your fingertips, without even needing to do a Google search. At least in that respect you can appreciate the efforts of the artist or their record label to keep you informed, so that you don't have to fumble around in the dark blindly for interesting factoids about a rapper, DJ or producer you and your audience have never heard of before.

Then there's the opposite extreme. Once in a while you get a press kit so slim it could be folded up and slipped into even the tiniest of jacket or pants pockets. Thin is not always bad - at least it saves a few trees. Scant, on the other hand, is. Some artists just can't resist trying to be cryptic and unfathomable, offering you as little information as possible, leaving it entirely up to you to figure out who the hell they are and what they're about. gw (real name George Whalley) is that sort of person, and his press kit is that sort of press kit. Much like his nom de plume the sentences from his one-sheet start in lower case, and are scattered around the page like a first year graphic design student who believes the mantra about eyes reading the page in a Z formation. His album is "a conjuration of psychadelic landscapes" - oahkayyye. It's "an interplanetary movement." What planets? If this is a science fiction story, give us the setting. I'm afraid he doesn't bother to. It's "a reaction to listening to such artists as Flying Lotus, Quadron, AFTA-1 and Dam Funk." FINALLY, something to grab onto. We've reviewed Flying Lotus before, so that's a start.

Through the course of seven instrumentals, the drummer/composer/producer from Leeds, UK (another of those facts one can gleen from his press sheet yet not from his Bandcamp) offers instrumentals that definitely fit Patrick Taylor's description of Flying Lotus: "surrealist [..] post hip-hop, music that draws upon hip-hop for inspiration, but then takes it further." Songs have titles which reveal virtually nothing about their content: "Dimension" could be called "Perception" or "Ma" could be called "Cosm" and I doubt it would make a difference. I'm not sure which planet he's on or what one he wants to take us to, but there's definitely a feeling of traveling through the universe on songs like "Aba" - not at infinite speeds mind you. There's a slow, deliberate, surreal funk to it. Lest you mistakenly believe I've got a beef with gw from the tone of this review, let me assure you that I do enjoy this sound and how he gets down. I'd even go so far as to say this is the kind of background music that would fit perfectly with a single player RPG on a console like PS3 or X-Box 360. This is some town-exloring, dungeon-wandering, ambient music. That's cool. The CD ends almost before it begins at 20 minutes though, so if it were used as video game music, it would certainly have to be looped a lot.

And that I suppose leads to the most definitive criticism I can give about gw, besides the possibly pretentious use of lowercase in his name and press kit: this is presented as an album but feels more like a demo to shop around his work. I doubt he'll have a problem finding work - he's clearly got a good grip on the ambient, electronic, "surrealist post hip-hop" vibe that would be an easy sell for a movie if not for an emcee. One of the few other facts his press kit offers is that he's worked "on BBC local stations" and that "this electronic based EP allowed him to explore a completely different approach." I don't feel that it's completely different from other spacey ambient producers I've heard though. gw doesn't break the mold, he just sort of fits into it comfortably, which is why in this case a thicker press kit just might have been a plus. He was going for intriguing and mysterious, and instead became anonymous and unknown, the background music you like in a game where you never know the producer's name.