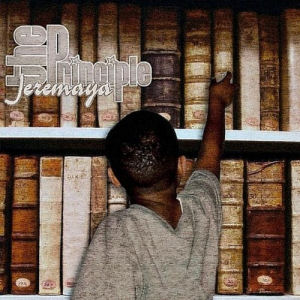 Since the 1970s, urban-contemporary gospel music has been very influential throughout the United States, primarily within the African-American community. Artists like Kirk Franklin, Mary Mary and Yolanda Adams regularly release feel-good Christian records to commercial and critical acclaim. If you paid attention to the beats on many of these albums, you would swear you just heard an R&B, dance or hip-hop record. Truth be told, rap music has influenced many of these gospel artists. However, there has not been a critically and commercially successful Christian rap album to my knowledge. Other than Kanye West's hit single "Jesus Walks," which won a Grammy Award in 2005, the genre has not received much publicity. Nevertheless, Atlanta-based emcee Jeremaya has been releasing gospel rap mixtapes since 2005, while proudly repping his independent Freedom Music Group. Released in December 2010, "The Principle" is his debut gospel album as he looks to spread the messages of faith and change through Christian teachings.

Now it is easy to understand why many hip-hop fans and writers may be quick to dismiss the genre. Many might not be overly religious, could feel the music is coming off too preachy, and/or think Jesus and hip-hop should never be brought up in the same sentence. On the other hand, even if one doesn't necessarily agree with the message of any given album, you could still value if for its beats, originality and lyricism. I remember reading an article once with comedian Chris Rock mentioning, "If you make some ignorant beats, you can say all the smart shit you want." Luckily for "The Principle," the production leaves a positive first impression. From the booming 808 bass joints like "Breath of Fresh Air," to the buzzy and dramatic sound of "Paradise," to the heartfelt piano keys of "Fighting Plea," the beats come correct. The instrumentals set the mood right for various topics such as love, keeping faith in the midst of a recession and fighting temptation.

Unfortunately, the flaw in "The Principle" is the lack of lyricism on the part of Jeremaya. Tracks like "Not Losing" featuring Eishi and Sinai and "Don't Worry (Hold On)" with Candice Rowe contain lackluster rhymes from the Atlanta-based emcee and this really detracts from his overall message. On the motivational joint "Don't Worry (Hold On)," the subjects of faith and humility in turbulent times could be relevant to any listener. However, the bars Jeremaya spits just don't do these interesting themes justice on a lyrical level:

"Look at the economy, people stressing out
Losing status and money
Thought they'd have it forever
Trusting in the dollar, they like dogs with a collar
Money walking them around
Try to take the cash, you hear a growl sound
Cash got the control between you too
You lost your role; you chase it like a frisbee
Running after it can make you dizzy
Let the king change your focus
Do anything for money makes you reckless
Jesus gotta show you how to live
Money will rob you and make you trip
God got the plants and the birds in the air
But God got you down here"

Though many of the topics on the record are intriguing, Jeremaya's elementary-school style definitely drags the majority of the album down. Even with 12 of the album's 13 tracks featuring guest appearances, the posse cut "Facing Giants" and "Paradise" featuring Allei, Sean Grant and Melody seem to be the only tunes where the rhymes are equal to the quality of beats. For anyone interested in gospel music, this album may deserve a spin or two as its Christian messages of faith and change do at times shine through. Ultimately, "The Principle" won't do anything to advance gospel rap on a critical or commercial level.