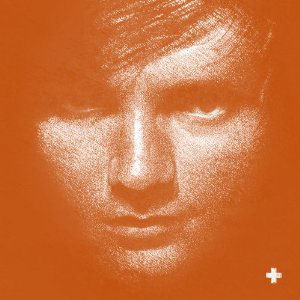 Americans may not have heard of Ed Sheeran, but he's a big deal in the U.K. The singer/songwriter has been making music for six years, and his last EP, "Loose Change," generating a lot of buzz for the twenty-year-old musician. He toured with British rapper Example, played hundreds of shows on his own, and found time to release "+", his major label debut.

"+" opens with "The A Team." Disappointingly, this is NOT about a group of former special forces operatives acting as soldiers of fortune. Instead, it is about a girl at the head of her class who is a prostitute by night. The song is a subdued acoustic number, with Sheeran's singing coming across as part folk and part R&B.

"And they say
She's in the Class A Team
Stuck in her daydream
Been this way since 18
But lately her face seems
Slowly sinking, wasting
Crumbling like pastries
And they scream
The worst things in life come free to us
Cos we're just under the upperhand
And go mad for a couple of grams
And she don't want to go outside tonight
And in a pipe she flies to the Motherland
Or sells love to another man
It's too cold outside
For angels to fly
Angels to fly"

The song demonstrates both Sheeran's strengths and weaknesses as a lyricist. On one hand, he is able to tell vivid stories in his songs, painting clear pictures with a handful of words. "In a pipe she flies to the Motherland/Or sells love to another man" is a perfect description of a lost young woman who is trying to find meaning and comfort through drugs and sex.

On the other hand, Sheeran's lyrics are full of cheesy sentiments and cliches. Lines like "It's too cold outside for angels to fly" are high school poetry, pure and simple, and saying she is "crumbling like pastries" is further proof that there are limits to his lyrical abilities.

Song after song on "+" follow this formula. There are moments of genuine poetic insight swallowed up by cliches, saccharine sentiment, and clumsy metaphors. The same thing holds true for Sheeran's music. For the most part, he plays a hybrid of folk with hip-hop and R&B influences, often singing his lines in a rap cadence ala Craig David. He delivers several songs of pop R&B perfection, especially "Drunk" and "A Team." His more uptempo tracks, however, are often downright embarrassing. "The City" sounds like it could play in a montage of a young woman moving to the big city in a RomCom. "You Need Me I Don't Need You" is Radio Disney R&B, safe urban music for the suburban tween set. He handles the ballads much better, delivering bittersweet heartache with nice guy lyrics that are surely breaking many teenage girls' hearts.

Two main comparisons came to mind when listening to Ed Sheeran. The first was the Swell Season, the folk duo led by Glen Hansard and featured in the movie "Once." At Sheeran's quieter, folkier moments he recalls the sincere longing of the Swell Season. The other artist that Sheeran reminds me of is a Justin Bieber, and not just because they are both young men with mussy hair. Sheeran's pop R&B and teenage lyrics are very similar to the formula that has made the Bieber a gajillion dollars, and both artists seem set to make a legion of prepubescent girls swoon.

While comparing an artist to the Beebs may not be the most ringing endorsement, I'd be lying if I said that Ed Sheeran is terrible. He does what he does fairly well. He has an excellent voice, his production and musicianship are solid if not amazing, and his lyrics capture the confusion and emotion of young love. Dude can write a sweet pop tune. He just happens to write the kind of sweet pop tune I'd rather not have to listen to. Ed Sheeran is an impressive talent, but his juvenile lyrics and lightweight sensibility make him a tough sell to any one old enough to drink.