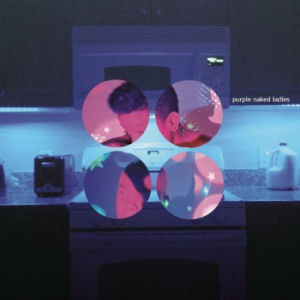 The dichotomy of the Odd Future discography only becomes evident after you've spent an extensive amount of time listening to their catalogue.

Circumnavigating one pole at the end of Odd Future is the "Crazy Profane Bastard" section of the Wolf Gang, led by Tyler, the Creator and perpetuated by his closest comrades such as Earl Sweatshirt, Hodgy Beats and Mike G among others. They perpetuate a continual atmosphere of juvenile antics, offensive behavior, conspicuous consumption and macabre shock theatre rhymes. Generally speaking, this pole draws in the bulk of their listeners, following magnetic North toward Tyler's bawdy charms. Even his critics have to admit his charisma makes him hard to resist, and his carefree #YOLO attitude is endemic of a generation who hasn't been left much to look forward to by the irrational exuberance of the 1990's.

Traveling around the opposite pole in the world of Odd Future is the "Abstract Sensitive Artist" section of Golf Wang, led by Matt Martians, Syd Tha Kid and Frank Ocean among others. Theirs is a world of experimental music that often only slightly identifiable as hip-hop. They often need cameos by the likes of Tyler to keep them grounded, as they seem in danger of floating into outer space on the winds of their whims at any times. This is not the #SexyHotDangerous side of the crew - it's the #ClosetHipHopNerd side. They make rap music for the boy too shy to talk to the cool girl - and if he'd ever get up the courage he shows on his songs he'd probably impress the hell out of her. While the North Pole often seems to know only violence and anger, the South Pole knows tenderness, caring and compassion.

As incompatible as these polar opposites might seem to be, OFWGKTA finds a way to incorporate both by having the circles overlap whenever convenient and/or artistically appropriate. You glean little insights that things are not as black and white as they might seem. Tyler isn't just an angry little bastard lashing out at the world with no remorse - he's an introspective young man patently aware of his own contradictions capable of expressing his innermost feelings about wishing he had a father figure he could respect and a girl he could truly love. Consequently the Matts and Franks of the Gang are not as abstract and shy as their quirky music might make them seem. They're young like the rest of the crew, and they like to get their smoke, drink and fuck on too - they're just not as liable to rap or sing about chopping up and eating body parts.

Albums like The Internet's "Purple Naked Ladies" are those moments when the left hand and the right hand agree to work together for one common goal. The sound has a lot in common with Jet Age, which isn't surprising given Matt is one half of each group, but Syd Tha Kid steers The Internet a little further away from the abstract instrumental experiments and a little closer to traditional song structures. The result is mellow jazzy hip-hop with an electronic edge on songs like "She Knows," "Gurl" featuring Pyramid Vitra and the boom bap meets crooning of "Love Song -1." You could get mellow OR hype to these beats - either one would be perfectly acceptable. The album does have some of the crassness more closely associated with the Wolf Gang though, albeit couched in a smoother musical package. See "She DGAF," "Cunt" and "Cocaine" featuring Left Brain as examples.

Unfortunately despite being a better model for progressive hip-hop than The Jet Age of Tomorrow, it's a bit telling when the best lyrical performance on "Purple Naked Ladies" is from Kilo Kish on "Ode to a Dream" (the one Odd Future affiliate who more than the rest needs to have her star elevated). Some Tyler appearances would have shaken things up here, but he probably shied away from it as not fitting his image. It's easy for him to reveal his inner self when he tucks it quietly between verses about raping girls and being sodomized by Jerry Sandusky, it's much harder to do when on an album full of mellow tunes his deep bass voice would stick out like a sore thumb. The problem is that it's just too light on hip-hop, and too close to the other experimental work they've already done in other side projects. The Internet is a step in the right direction, but it's only a half step, and it's hard to even tell if it was a step North or a step South.