Evian Christ :: Kings and Them 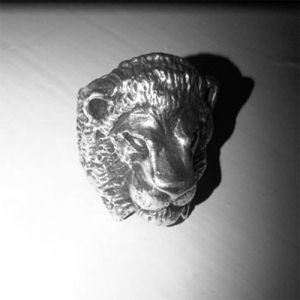 For decades the British have taken homegrown American music, put their own spin on it, and ended up creating something incredible. The Beatles took early rock n' roll music and ended up reinventing pop music, the Rolling Stones and Led Zepplin took the blues in totally new directions, and the Sex Pistols turned early Ramones singles into something much more menacing. Joshua Leary, aka Evian Christ, is doing the same thing, taking American street rap and giving it his own unique British spin.

The Stones and Beatles pounded out their sound through playing clubs and recording at a relentless pace. In contrast, Leary is a university student messing around on his laptop. In fact, he said in an interview that his love of playing and watching soccer rivals his love of making music. The songs on "Kings and Them" were originally put on YouTube by Leary before he got a proper label deal. The low-key vibe of the EP is a product of this careless, organic approach. These songs aren't part of some huge statement Leary is trying to make. They are just some ideas he was fleshing out in between schoolwork and playing soccer with his friends.

Like Clams Casino, Christ mashes together ambient music with street rap. There's elements of Bay Area mobb music, West Coast gangsta rap, screwed and chopped vocals, and Southern trap rap in his drum sounds and effects. Pneumatic hissing, snapping snares, and rattling hi-hats are all enveloped in layers of ambient melodies. The bulk of the album samples Tyga's "Snapback's Back." "Snapback Back" is a remix of the song, with Tyga's screwed and chopped vocals contrasted by a lonely, alien soundscape. "MYD" samples another snippet of that song, with an equally mellow beat. "Thrown Like Jacks" uses a Tyga sample with a dubstep beat.

The EP's highlight is "?Fuck It None Of Ya'll Don't Rap?," which Wretch 32 rapped over on his "Wretchercise" mixtape, The song uses the Tyga rap for the hook, and surrounds it in washes of gorgeous noise. It manages to have a heavy melancholy and still hit hard. Leary builds up to a peak, chopping Tyga's words up into a frenzied pitch and then letting the beat drop back. It's pretty and banging, and represents the best of what Leary can offer.

Leary branches out a little in his samples. "Go Girl" remixes the Baby Bash song, with a sparse beat and bubbling, ethereal synths. "Horses In Motor" features a female vocalist and a more R&B feel. Still, at least five of the eight songs are built around the Tyga track. Leary has said in interviews that he obsessively makes music, but doesn't obsessively follow it. That may explain why so much of his music is built around such limited sample sources. It also explains the looseness of the album. He doesn't stick to labels and mixes up genres with an utter disregard for the original material.

Nothing on the EP is quite as good as "Fuck It None of Ya'll Don't Rap." This is dorm-room music and feels like it. Several tracks meander without going anywhere, and he doesn't feel compelled to supply his audience with any sort of beat to hold onto. Still, the combination of street rap beats and electronica is satisfyingly done. "Kings and Them" is an EP worth seeking out, and Evian Christ is a producer worth keeping an eye on. Leave it to the Brits to teach us Americans how hip-hop production is done.