:: Pro and Ak Handelsbolag
as reviewed by Grant Jones 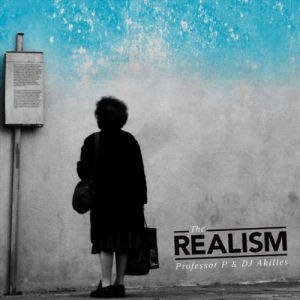 Like most Brits, I can't speak another language let alone rap in one, so I have the utmost respect for anybody that performs in a language that isn't their native tongue. I've always found listening to international hip hop to be an intriguing experience, having attended Hip Hop Kemp twice (the international hip hop festival held annually in the Czech Republic). I know that Europe is the breeding ground for debatably the best hip hop producers in the world and some of the most hardcore fans you'll ever see. Fans that listen to the classic hip hop sound and live by it daily. DJ Akilles, like Snowgoons and The Returners, I suspect is a name that will be associated with more MCs after the release of "The Realism" as he has crafted an album of brilliance. And even better, Professor P rhymes in English so you have no excuse to ignore this Swedish release.

The production on display on "The Realism" is what fans wish a Nas or Jay-Z would rock to, what Masta Ace rapped about on his hit "Nostalgia", what the hip hop industry often discards as old school. I'd never heard of Professor P or DJ Akilles before this release, but the joys of Spotify (and yes I pay subscription!) have enabled me to discover so many great records; one being Professor P's "Maintain EP" from 2010. It was a very strong piece of throwback boom bap, but "The Realism" takes things to another level. EVERY track is flames. I know it is rare, especially nowadays, but there isn't one weak beat on this release. There's a distinct DJ Premier influence, as there is on most boom bap releases, but there is equal measures Kev Brown and Alchemist. "Mind Travel" is an immense production with a rugged Bumpy Knuckles scratched in at the start, and demonstrates Professor P ability to tear shit up:

"New town, new show, walkin' through 20 below
the sun reflects in the snow
runny nose, ipod with soul from the seventies
playin' happy melodies with sad undertones
thinkin' of a new song as I wipe a tear from my eye
because I stared into the sky for too long
sometimes to make things right you got to do wrong
and when you're always on the move, you can't always move on"


Professor P doesn't have the greatest rap voice but his manipulation of the English language is excellent and he doesn't sound European at all. I find a lot of Australian hip hop (and some British) rappers accents can throw you off of their message, but Pro P bypasses this with a "not quite American" sound. "Mind Travel" also features Scandinavian rap legend Promoe, another gifted emcee from Sweden. "Guaranteed (Real Shit)" utilises an underused instrument, the church organ, to create a banging track whilst Akilles scratches in an overused sample of Prodigy. The title track "The Realism" sounds like a track straight out of Pete Rock's basement, with Professor P calming it down for a second to talk about his life:

"When people ask me what I do, I don't know what to say
they're like 'You have a future don't throw it away'
listen, I put my soul on display, it's not your average career
but don't fear things are going okay
I know this shit is hard, and that's something I can disregard
but I'd rather have my freedom than a business card
I was twelve when I started, now I'm 26 years old
some try, then they shift their goals
some cry when it hits their soul
some lie, then they switch their role
however though, We all feel it
the power that the music gives
I know this business ain't lucrative, still it's how I choose to live
I got no money but I got my pride
I got the ride and got to strive not to hide
my own mind is a prison
but I'm breaking free, that's The Realism"


"Spellbound (L-Town)" is an ill piano-laced head nodder as Professor P talks about how he is trapped in his youth. "Keep Doing It" is the lead single, which means the turntables are rested so a singer (Rigael Damar) can get in on the action. Usually singles with singing on an underground hip hop album fail miserably as they sound so out of place, but it kind of works. Pro P maintains his high levels of lyricism, and proves he is better than many English speaking MCs. Possibly the weakest track is "Nothing's Gonna Stop Me" as I've heard the sample on the beat numerous times before, but "Sincerely Yours" amplifies the heat levels to volcanic. Trust me, this beat is fire. Even the singing can't knock it down a peg, and Pro P spits lava: "...life's a rollercoaster, my favourite ride, valleys and peaks through the balance we seek like every challenge you meet, don't be afraid to try...". In fact as each track goes on, I'm feeling Pro P more as an MC. "#1" is another strong track about finding that special lady, before Akilles experiments with more sounds on "Frontin'" which features Sadat X from Brand Nubian (aka one of the illest voices to ever do it).

At 12 tracks long, The Realism is a very strong release from the Swedish duo and certainly contender for album of the year (2012). It's a reminder to other acts that quality is better than quantity, particularly when the sounds are as varied and consistently dope as this. Topped with Professor P's supreme rhymes, I can't see much to fault on this album. As Pro says on "Take Flight": "his name is Akilles, Ak's ill is a fact, feeling the tracks? realest really the illest is back".