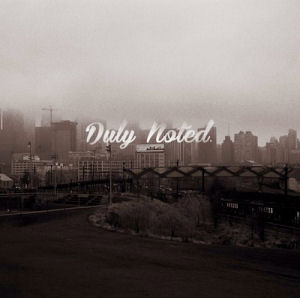 Although he got his initial fame as one-third of beloved rap group Tanya Morgan, Von Pea has emerged as a well respected solo artist in recent years. The chemistry between him and the other members was always interesting anyway given Pea is Brooklyn born, while Donwill and Ilyas (who recently left the group) were from Cincinnati. Von was already recording as a soloist before Ilyas left (as was Don) so that change definitely wasn't the impetus. At times Von is more identified with his beats than his rhymes, so really he's out to have fun and doesn't give a damn what critics have to say. Literally. He devotes an entire verse of "Alive" to that subject:

"Do it for your fans and shit
Not clowns with analysis
Fake journalists, no journalism
Just a nerd jizzin, absurd writtens
I don't curb feelings; step on curbs with 'em
Let my words get 'em - I'm special sir"

Hey it's all good Von. I'm sure some negative review set you off when you penned that verse, but you've been getting high scores here for years, so I doubt it was one of ours. And if it was, so what? I appreciate the sentiment anyway. You can't and shouldn't record hip-hop with the sole goal of impressing the "nerd jizzing journalists" of the blogosphere - even though it's not lost on me that Tanya Morgan was formed on the Okayplayer message boards. Tanya Morgan are internet darlings, so his words may have leave some people butthurt, but as he says on the song "Dog put your laptop away and pay for a show."

F'real - just take a look back at any rap album from the 1980's we hail as a classic and you'll realize there was no social media like we know it today. Hell there were barely even cell phones - if you had one it was heavy as a fucking brick - and you weren't taking pics with it. Rappers made music for the consumers - the ones browsing the shelves at record stores (with actual vinyl records no less), reading print magazines, buying mixtapes and listening to their favorites on commercial or college radio. I'm not trying to be all Atari 2600 and Sega Master System about this, but there's something to be said about the authenticity of that era, where you couldn't buy buzz like you can buy YouTube video views.

It's that kind of ethic that makes Von Pea & Aeon's "Duly Noted." an appealing project, period purposefully included because this album is their statement. Von steps away from the boards and lets his Lessondary friend Aeon do all the beats, and the results are so nice they actually give you the instrumentals as bonus tracks. Now you can say that makes it a six song EP, but how could you not want to listen to "Things Have Changed" both ways? It's a glistening jewel of an instrumental on its own, and it's just as fresh with Von's vocals on it. Speaking of throwbacks, it reminds me of an early 1990's song from AZ, although Von's vocals are nothing like the Visualiza - he points that out himself.

"All my shit is gonna sound like me 'til infinity
If you aren't that into it, cool - quit listening
I'm through auditioning
See everybody won't like you, it isn't spiteful
I'm visiting a couple beats I've put in ICU
Once wrote a rhyme in a high seat
Who'd think I'd make it to the point that I would write these jewels?
Niggaz is aight but I don't like these fools"

All his lines are dope here but my favorite one may be "there's no swag rappers in my top five." For someone who isn't afraid to eschew the nerd net aesthetic, he actually encapsulates it quite well, as he's expressing what the most honest non-jizzing among them do - a love for hip-hop that's about more than cars, clothes and hoes. Von Pea can say fuck the critics, but if those same critics are being honest, they'll still say Von's the shit anyway.