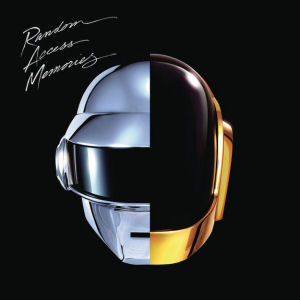 The French duo Daft Punk are arguably one of the most influential musical acts of the 21st century. They are largely responsible for the prevalence of Auto-Tune in R&B and hip-hop, hip-hop's love of dance music, the rise of electronic dance music (EDM) as a global phenomenon that has outranked rock and roll and hip-hop as the music of choice for the under twenty set, and DJs who wear masks. They are the reason why the Black Eyed Peas went club and why Skrillex and Deadmau5 have jobs. Not bad for two Parisians who have always pushed the boundaries of pop music.

Daft Punk's first album, 1997's "Homework," combined hip-hop's hard beats and use of samples with the swing of house music. Their 2001 follow-up "Discovery" went further in a pop direction, making music that was as fun as it was cheesy. "Discovery" was their breakthrough album, generating several hits and selling over a million copies worldwide.

They followed that up with the quick, dirty, and disappointing "Human After All." Their 2007 tour to support that album exposed them to a whole new wave of fans, as did Kanye West sampling their music for his hit "Stronger." They did the soundtrack to the Tron reboot and appeared in that film, but have been pretty quiet for the last few years. In the meantime, EDM, which they helped bring to the mainstream, has exploded. Artists like Skrillex, Deadmau5, and the Swedish House Mafia sell out stadiums. There are massive festivals all over the world that attract hundreds of thousands of dayglo-clad kids. An entire generation of kids who grew up on Daft Punk albums are now making their own take dance music and/or lining up in droves to go to festivals and parties. So when Daft Punk's first non-soundtrack album in seven years was announced earlier this year, it was big news. It is one of the most hyped and promoted albums of the year, second only to Justin Timberlake's comeback album.

In interviews, Guy-Manuel de Homem-Cristo and Thomas Bangalter say that they were turned off by what dance music had become. They compare the current wave of popular DJs to hardcore porn, delivering nothing but sensory overload with absolutely no subtlety. What they wanted to do was make something that was the dance music version of erotica, offering a slow burn and tease rather than hitting you over the head with the beat. The stories that came out about how Daft Punk was working with disco legend Nile Rodgers and a slew of other 70s and 80s session musicians only fed the anticipation. The lead single, "Get Lucky," totally delivers on all the hype. It's a perfect piece of late-seventies disco, complete with a four on-the-floor beat, Nile Rodgers' impeccable guitar work, and Pharrell Williams' falsetto. It has become the inescapable song of the summer, a song you can't help but bob your head to. There's no way Daft Punk could go wrong if they delivered an entire album of songs like "Good Lucky."

That is not what they did. Those expecting a bunch of uptempo disco tracks will be disappointed by "Random Access Memories." Daft Punk are as interested in seventies lite rock and prog rock as they are in disco and funk. On my first few listens, I thought that, rather than making erotica to Skrillex's hardcore porn, Daft Punk had made the aural equivalent of a Playboy shoot: something so airbrushed and artificial that any sense of excitement was gone. To put it simply, there are a lot of long downtempo songs here. Things start off promising, with the disco-tastic "Give Life Back to Music," grounded in Nile Rodgers' guitar line. But then they decide to go into a robot-voiced slow jam, "The Game of Love." It sounds like vintage Steely Dan, but that's not exactly what I was hoping for from Daft Punk.

About a third of the songs on "Random Access Memories" are downtempo. "Within" is another robot's lament that drags the album down. "Beyond" is more successful because, like "Fragments of Time," it sounds like a "Rumors" era Fleetwood Mac song. Then there is the centerpiece, "Touch," an eight-minute cheesy epic featuring vocals by Paul Williams, the guy who sang "Rainbow Connection."

I was almost ready to write off "Random Access Memories" as a major missed opportunity until I lived with it for a while. I played it around the house, in the car, on my iPod. What I came to appreciate is that, despite the fact that it isn't as punchy as it could have been, and despite the number of slower songs, it's still a great album. For one thing, Daft Punk have perfectly captured the sounds of the seventies. The album uses mostly live instruments, and is proof of how much more exciting actual drums can be compared to a drum machine. The fills at the crescendo of "Giorgio by Moroder" and "Contact" are much more thrilling than any dubstep bass drop. The funk songs are done to perfection. Nile Rodgers appears on the opener, "Get Lucky," and "Lose Yourself to Dance," and all three capture what Rodgers did so well with Chic: simple lyrics over complex bass and guitar parts.

Simple is the right word. Like most dance music, and especially European dance music, the lyrics here border on idiotic at times. "Get Lucky" actually manages to rhyme "good fun" with "get some":

The album also leans heavily on the sad robot vocoder effect, even applying it to Julian Casablancas from the Strokes. They leave Paul Williams and Pharrell un-altered, and do a robot duet with Panda Bear on "Doin' It Right."

"Doin' It Right" proves that Daft Punk are not slavishly devoted to the super sounds of the seventies. The song is largely built on contemporary snap drums and bass, with the occasional slow jam breakdown.  Daft Punk embrace Panda Bear's repetitive, looping singing style, and the song works despite the odd combination of styles and genres. "Giorgio by Moroder," their homage to the producer of many a disco hit and 80s soundtrack, manages to capture Giorgio Moroder's trademark synth sound while adding in some very 2013 EDM tweaking towards the end. "Contact" similarly builds a contemporary structure with retro sounds, building to a crescendo that's sure to make legions of kids gacked out on molly wet their pants.

While I do wish that "Random Access Memories" had leaned harder on funk and disco and spent less time exploring lite rock, Daft Punk have still made an album almost worthy of all of the hype and anticipation that preceded it. They've wisely chosen to not compete with the younger generation of DJs, and shown the upstarts the roots of dance music. They've also proven that they are not one-trick ponies who can only build beats on samples. They do just as well with a completely different sonic pallette. I can only hope that they'll convince hip-hop and dance producers to use live drums and call up Nile Rodgers.