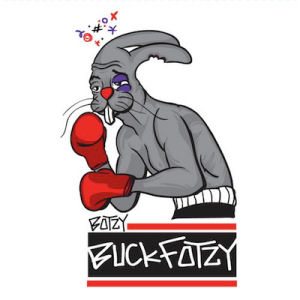 If you made a short list of progressive rap artists from the Twin Cities +not+ signed to Rhymesayers, Adam 'Botzy' Botsford would be well placed on the list. His first taste of mainstream acclaim was as one-sixth of alternative hip-hop band Culture Cry Wolf. They gained a local cult following that might have become something more had the group not broken up in May of this year. You might say Mr. Botsford has to start over from scratch, but since he was also working as a promoter (hosting events called The Best Love Is Free) and getting his music videos premiered on URB's website at the same time, he's arguably at the same level of fame he was before if not higher now that he's on his own instead of sharing 6 ways.

"Couldn't Breathe" featuring Lizzo is the Kudo produced single and music video in question. It harkens back to the era of Guru dropping "Jazzmatazz" albums, where the brassy blasts and mellow vibes are equal if not in some ways greater than the lyrics. That's not to say Botzy isn't a wordsmith though - he's just good at sharing - a band member mentality.

"And she held me so tight that I couldn't breathe
It was done out of spite but I couldn't see
It's a moot point, everybody knows it...
Face frozen, flop card, hold 'em
Only type of bluff I'll believe is a poem"

As with many rap artists from the upper Midwest (to the point it's almost a stereotype now) Botzy walks the line between being braggadocious and self-effacing. Take "I Was In Jaws" for example:

"We all get used like flip-flops
Abused 'til the day that we get lost
We ain't bounce back like a beach ball
All depends how and when will the wind fall
I wanna get gone like the breeze
Sittin in the shade is just not for me, nah
It's not all flowers and rainbows
Everybody knows we stretched at both angles"

Botzy doesn't need to spend long mocking himself to be accepted. The humility in an industry full of the egotistical is appreciated, but this is a relatively short album at just over 23 minutes. Thankfully he's not as punch drunk as his avatar on the cover of the CD. The energetic "Bandwagon Massacre" and bluesy "Thrill Is Gone" featuring Justyn Dow are the opposite sides of Botzy's coin, showing no matter which way he flips he'll freak the flow. Other guests include Sophia Eris & Chantz Erolin on "Waiting For a Moment" and Freez on "Burger Jones" - the latter has my favorite Botzy line of the whole album: "This is rap for the sake of making rap music." Since he's pretty good at it, that's reason enough for me for "Buck Fotzy" to exist.