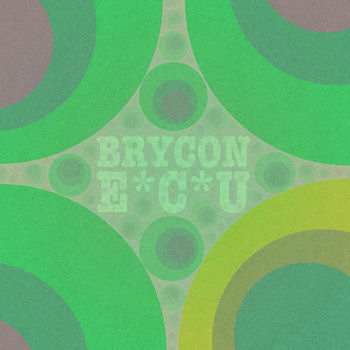 Alchemetric is a San Francisco based imprint known best for their music, though their expressly stated and seemingly noble goal is "to unify the masses through the understanding of Sacred Geometry expressed through Fashion, Events & Music Recordings." Naturally you might question what "Sacred Geometry" is, but there's not very many definitive answers to be had. In the broadest sense sacred geometry believes math is at the heart of everything we know or observe, including the fundamental nature of the universe itself. Knowing the nature of "what is" becomes a increasingly esoteric metaphysical discussion though which I'd prefer to leave to Aristotle and KRS-One. Math has often been elevated to religious importance throughout history though, and invoked through symbols such as triangles, or given supernatural weight in for example a "holy trinity." There's no doubt ancient architects and artists often searched for a balance or symmetry to their work, though whether or not this was religious or spiritually motivated is filtered entirely through the perception of modern eyes.

Before this discussion (golden) spirals even further out of control, it's fair to say that music is one of the easier places to inject a math discussion, since everything from the hertz frequency of musical notes to the tempo a drumbeat is played at is expressed via numbers. I looked for purposeful math in the construction of Brycon's "ECU" since my laptop suggested it was 28 songs and 24 minutes long, but when I added the song lengths up the actual run time was 23:53. No sacred geometry in that one. The self-described "Gurp-voyager" and eclectic producer has provided beats for everyone from Action Bronson to Masta Ace, but on "ECU" he claims to have returned from Central America with "an armload of records and a sleep-addled brain." Personally if he has that many new sources to draw inspiration and/or samples from, I'm a little surprised that "ECU" isn't a longer album.

The ultimate result here is that "ECU" is a collection of beat snippets that run together almost seamlessly, akin to the fresh baked "Donuts" once served up by the late great J Dilla. It's a fair comparison both in terms of what's being created and the skill of the chef mixing those creations. I don't have access to the armload that Brycon draws from, but he's got some damn good records tucked in that arm. The rattling instruments, brassy horns and funky pianos of "Worldwide" are a head nodding joy. The title of (and sample within) "The Ah Ha Moment" may make you laugh, but it begs for a talented emcee to drop bars on it. "Hop Out of the Whip" sounds like a sleazy porn anthem in the best possible way, while I expect Defari or Planet Asia to crash "7 Tons of Gold" at any moment while listening. I may not be able to tell you Alchemetric put any "Sacred Geometry" into their association with Brycon, but I can tell you that 23:53 goes by far too fast. Brycon doesn't miss the mark.