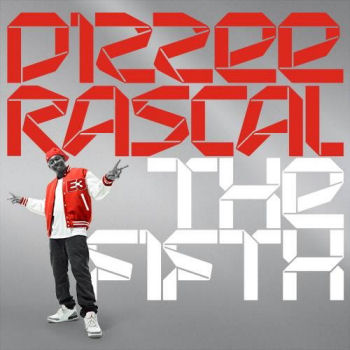 Driving home one evening, whilst flicking through the 5-song playlists that British radio stations such as Kiss FM and Capital rarely deviate from, I thought I'd put BBC Radio 1 on. For those uninitiated with BBC Radio 1, it is the main station aimed at younger listeners, but rather than bombarding the listener with endless pop and dance from Will.I.Am and Jessie J, they occasionally throw in some Kendrick Lamar or champion the latest "cool" rock group. This time however, I caught the much-loved Dizzee Rascal in an interview about his latest album. What stayed with me was the response to the question – "What advice would you give any young underground rappers?" – to which Dizzee replied "Open your mind, you don't know where it will take you". What I thought was a jab at rappers doing just traditional hip hop, was actually a summary of Dizzee Rascal's career.

The first time I heard Dizzee Rascal was over ten years ago on a song called "Bounce" by garage outfit Roll Deep Crew. Succinct verses are a regular feature of garage (or were at least) with crews such as So Solid and More Fire throwing members at the listener from various angles. What Roll Deep did was bring some humour, some light-heartedness that is often lacking in the moody brags of garage rappers. Especially as grime became more popular, Dizzee knew that garage was already dying a death, and incorporated different sounds in to his debut "Boy In Da Corner". Grime was a primary theme but songs like "Fix Up, Look Sharp" and "Just A Rascal" felt very hip hop, with "Vexed" even evoking an element of techno. Dizzee has definitely been rapping on each album since 2003, but the musical direction he has taken has moved further and further in to the genres of dance and pop. "The Fifth" is (shockingly) the fifth release from Dizzee, and after ten years his uniqueness has become less prevalent with each album.

Nearly every song on "The Fifth" sounds as if it was going to be a single, giving the album the feel of a compilation of pop hits. With an accent so steeped in London Cockney that the cast of Eastenders struggle understanding him, Dizzee's best asset is thankfully intact on "The Fifth", but the frequent guests and imitative production leaves a sickly taste. The song "I Don't Need A Reason" could be the lovechild of Lil Jon and M.I.A., with a heavy bass track and helium-guzzling sample but sounds more like some shit Eve had on her latest album. As per usual, Dizzee raps his ass off but it is the infectious hook and Dizzee's extra thick accent that make it stand out. The first single "Bassline Junkie" is delightfully silly, with plenty of trademark Dizzee humour in the video and given Dizzee claimed to never touch drink or drugs from 2010 onwards, seeing him push music as his addiction is nice to hear, but it is the hilarious video that helps the record stick with you. Bun B and Trae the Truth add some much needed street to "H-Town", but other than Bun B's expertly weathered larynx (I STILL can't get enough of that voice), the song is surprisingly weak. Dizzee's flow is scattershot, while Trae's voice is outright painful to listen to – it's more evident in the video with Bun B and Dizzee enjoying themselves, showing camaraderie and name-dropping each other in their verses. Trae the Truth spits his verse last and his whispery delivery drags the song in to ‘serious mode', losing the chemistry that Dizzee and Bun have. The biggest problem however, is the fact it is draped in that UGK-like gangsta-fied production that feels unnatural.

Moving back in to Pop-territory, "Goin' Crazy" is a record with Robbie Williams that has caught regular airplay over the past few months. For good reason, and from a rap perspective the double-time rhyming from Dizzee is as refined as it's ever been. Pop stars appear throughout "The Fifth", confirming Dizzee's transformation from cheeky emcee with a street twang in to fully fledged hit-maker. Having appeared on Jessie J's chart smash "Wild" alongside Big Sean, Jessie repays the favour on "We Don't Play Around"; a song tailor-made for radios to play relentlessly until it starts to grate. Sean Kingston lends his heavily Autotuned vocals to the dance number "Arse Like That" – Dizzee's ode to the female derriere. Will.I.Am seemingly kidnaps Dizzee on "Something Really Bad" and ties him to his conveyor belt in the Will.I.Am Factory of Electro-Pop. Dance music is not only a constant theme on "The Fifth", but a reminder that rap is more often than not the sideshow. "Love This Town" sees Dizzee show up briefly but is so soaked in thumping bass and kicks that it strays in to the headache-inducing field of techno.

Given Dizzee's track record, it's not really surprising to see this album geared more towards an American audience. But with much of the album rarely straying from the current trend of Dance/R&B that the likes of Will.I.Am and Rihanna regularly churn out, it feels as if Dizzee is operating at only 30%. "Bassline Junkie" is one of the few moments where he lyrically takes his rhymes somewhere other than the nightclub. "Watch Your Back" will satisfy those who enjoyed his earlier work, but it's a sad state of affairs when one of England's most interesting, distinct artists is stripped of most of his identity. Even the track with fellow Brit, Tinie Tempah is a letdown. "Spend Some Money" is a good reason NOT to spend some money on this record. The MIDI-based production from Free School is a decent attempt at some Lil Wayne club rap, but Tinie Tempah's confused impersonation of Kendrick Lamar with extra Autotune is hard to listen to.

So has Dizzee Rascal sold out? Has he done what Will.I.Am did by re-inventing himself as a bonafide pop heavyweight, or what many claim Will.I.Am to have really done – made his sound so overly accessible that it's enjoyed by children the most? Admittedly, Dizzee hasn't weakened his ability to rap, actually supplying some of the fastest bars of his career. It's the music that will determine your opinion on "The Fifth", and having followed Dizzee since he was fresh on the scene, it pains me to say that this is his weakest release. I could bash this record for being everything "Boy In Da Corner" wasn't, but it does what I imagine it intends to do. The ingredients are there for Dizzee to crack America, but with much of the content watered down, and every other song seemingly obsessed with partying and featuring a radio-friendly hook, I can't see it happening. Dizzee Rascal is a talented guy, but his whole style and air of authenticity are undermined throughout by a need to provide sexy, accessible music. His accent remains strong but no longer utilises British slang, in fact there are numerous times where Dizzee adopts Americanisms. It's when Dizzee sticks to his guns that he excels, when HE is the focus and not the superstar guest-feature. These moments just aren't frequent enough, with much of "The Fifth" feeling more like faceless dance anthems with spurts of innocent rhyming, than a Dizzee Rascal album bursting with inventiveness and experimentalism. Referring back to Dizzee's statement at the start of this review - it's not just upstart emcees that need to open their mind when making music, but Dizzee himself needs to back up that claim and remove the shackles that the industry has placed on him. Not so much a victim of his own success, but an unwillingness to take risks in the name of music. At this rate, "The Sixth" will see Dizzee rhyming with a US accent.