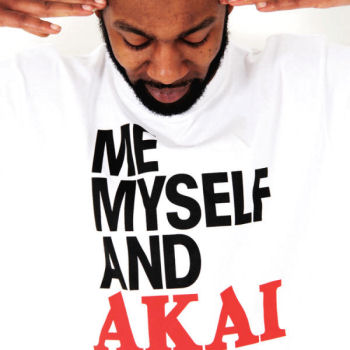 If you mention the name Micall Parknsun to your man on the street in England, they'll likely evoke memories of the former late-night chat show host who won't let you forget that he interviewed Muhammad Ali, and numerous other legendary figures such as Rod Hull. This is clearly why Micall has opted for the crazy spelling of his name that even a dyslexic would raise their eyebrows at, and it is a testament to his efforts that he remains a popular figure in UK hip hop. Driving home from work in Bristol, I saw posters for this album plastered on roundabouts. Attending a rap battle in London a few weeks back, who was there in the crowd but Micall Parknsun. I recall hitting up a Jehst gig in a small venue in Kent at least five years ago, and Micall Parknsun was there alongside Billy Brimstone himself, stepping out of his shadow to tear shit down. At the start of his career, perhaps Micall was best known for his affiliation with Jehst, but with two strong albums in "Working Class Dad" and "First Second Time Around" under his belt, "Me, Myself & Akai" firmly establishes him as one of the UK's heavyweight rappers.

That introductory paragraph has probably alienated many readers that aren't from these rainy shores, but don't fret because Micall Parknsun is one of the easiest emcees to listen to. Much like his fellow grinder Genesis Elijah, Micall is a likeable personality who rarely puts on a mean posture or 'cool' demeanour to aid his brand. The term 'real hip hop' has been whored to the point that it doesn't have much meaning left, but "Me, Myself & Akai" is a real example of hip hop. More than anybody, the man possesses an aura to him that is so ordinary yet at the same time, highly admirable. If you already know about Micall, you'll be pleased to know that his tendency to use smooth, bassy production is present, with this album feeling like a modern Beatminerz record rather than the De La Soul classic the title may suggest.

Kicking off his third LP with "Return of the BLAOW", an MOP-infused head-nodder is a pleasant reminder of how strong Micall's production is. Listening on Spotify, it's hard to identify who produced each track, but "Return of the BLAOW" is a good taster for the rest of the record, with most of the record adding depth to the thumping soundscapes. "Monster Under My Bed" sees Micall take a regretful look back at his younger days when he kept a gun for protection under his bed. The song bangs hard, but it is the catchy hook and metaphorical comparison between a monster only coming to life when you go looking (under the bed) with a gun that give the song its added charm. "When I See You" is an inspiring ode to Micall's wife, declaring that ten years of marriage and three kids leaves him "rich as it's all he's got". Having recently tied the knot, I found this song particularly moving and a demonstration to all the young, British rappers that their drinking and foul language (Dirty Dike I'm looking at you) just sounds stupid. The use of Common's vocal scratched in from "The Light" complements the track perfectly. If this content leaves a sickly aftertaste, "My Own Worst Enemy" is purposely placed before to provide balance, with Micall admitting that his own shortcomings are often self-inflicted from selfish acts. There are times when the album sees Micall flexing his imagination, with "Money in the Bag" a tale of crime and machismo that sees Micall ending the song with "it was a dream, I dreamt I was hard". As hard as some of the beats are, it's this emotional, mature take on hip hop that showcase why the lad is so respected amongst his peers. "Wotchalookinat?" is Micall's inner child on display, mentioning Outrun, Street Fighter and other childhood highlights alongside traits such as smoking weed that he hasn't grown out of. Joker Starr's hook is less intimidating and more light-hearted, giving the song an anthem-like quality that many young Brits can associate with.

As much as I enjoyed this album, it's no classic. "The Holy Trinity" isn't quite the sum of it's parts, with Jehst's verse dominating proceedings, whilst lead single "Me" could well be a sharp piece of hip hop satire, but lazy writing stops it from reaching that level of acclaim. "Hindsight" is a decent concept with a strong hook, but Micall rhymes as if on cruise control.

With Micall, a good US equivalent to compare with would be Supastition. Both emcees are refreshingly humble, down-to-earth guys that are proud of their families and it is their likeable personas, relentless work ethic and good ear for beats that ensure they will always have fans, no matter if it's tens, hundreds or thousands. "Me, Myself & Akai" is no better or worse than Micall's previous efforts, but is another very good piece of genuine, honest hip hop that everybody should check for.