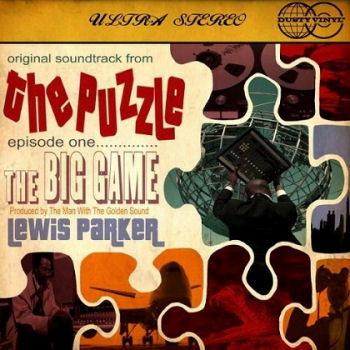 Lewis Parker is a revered figure in UK hip hop and needs little explanation after his superb album "It's All Happening Now..." showcased Lewis' talents both behind the boards and on the microphone. Granted, he isn't an emcee quite on par with Jehst but does offer a more playful aura that feels unusually timeless. It wasn't long before his talents were requested by other emcees on both sides of the ocean, with Lewis' CV including names as prominent as Ghostface Killah and Planet Asia. The great thing about Lewis Parker, as a Brit at least, is that he still sounds British. He could easily have moved to the United States (which he did) and catered more to that audience by slowly adjusting his accent. He didn't, and while his delivery is relatively easy to understand for any outsiders listening, it actually suits the sample-based style that Lewis is known for. After a strong collaborative album called "International Summers" with the equally ordinary sounding John Robinson, Lewis is returning to the solo avenue to provide an episodic group of releases starting with this first episode from 2011.

Episode 1 is a much shorter record than the sequel, so if value for money comes in to your decision making when shopping for new hip hop, go for the 2013 release. That's not to say this release should be ignored however, with some brilliant examples of Lewis' production capabilities evident throughout. The chirpy horns on "International Takeover" combined with the crisp drums bring about memories of Pete Rock, but Lewis is a much better rapper than the Chocolate Boy Wonder is. He holds his own alongside Steele of Smif-N-Wessun though doesn't quite have the charisma to match the Duck Down veteran. A similar example is "Snakes and Ladders" alongside Tah Born where Lewis gets pushed to the background by the American accent.

There's some flitters with lyricism on "Man Up!", a stuttery drum-fuelled song that's full of playfulness. The retro spy thriller sounds of "Heavy Action" remind us of the underlying espionage themes that Lewis likes to throw up every now and then - you could say he puts the SP into espionage - and "L Plays It Cool" is a further example of this suave style of boom bap. What also marks Lewis' songs out as a refreshing break from your more usual New York style of traditional hip hop is in the way his samples and loops feel so pure and refined. You can hear the hours of dusty fingers searching through old vinyl on songs like "Dirty Money" and "A Deadly Game" ; two exceptional instrumentals.

What lets this record down is inevitably its limited content. The fantastic production helps hide any shortcomings on the lyrical side of things, but Lewis doesn't have quite the charisma to ever really grab a beat by the throat and murder a track. There's no doubting he can emcee, it's just a bit scruffy and care-free - but this can also complement the more intrusive instrumentals like "Dirty Money". In that sense, this is hip hop in its purest form with some decent rhymes and DOPE-ASS-BEATS. Much like how Dr Dre operates on the decent rhymes and dope beats policy, I'm going to follow what the late great Nate Dogg and the Doctor once said: "get ready for the Next Episode..."