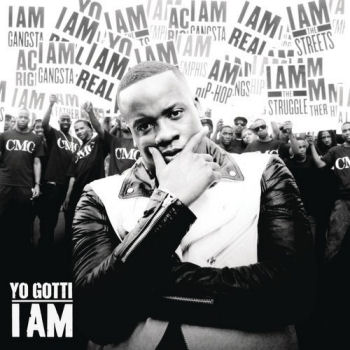 I wonder if celebrity mob boss John Gotti ever thought he would inspire numerous rappers to name themselves after him. It's possible he wouldn't have minded if they were genuinely talented emcees, but unfortunately his elders fared better. Capone and Noreaga are good rappers, Pablo Escobar and Sam Giancana were part of Nas and Kool G Rap's legendary careers whether they liked it or not, and even fictional characters such as Scarface have been immortalised in rap AND film. With Irv Gotti, Kurupt and Yo Gotti associating themselves with the last great Mafia personality, it's not quite the same.

Kurupt has utilised the "Young Gotti" moniker during Dogg Pound albums and has proven himself as a strong emcee through both his west coast work as well as the Horsemen projects with eastern collaborators. Irv Gotti was a successful producer but an awful rapper, and Yo Gotti fares the worst of the lot by lacking the "successful producer" side to his game. That may well be harsh, but Yo Gotti is a swag rapper full of boasts and self-indulgent tripe that lends his music a distinct lack of replay value.

"I Am" is trashy and flashy in equal measures. It's like the Kardashians of rap albums, in that you know it's bad, you know it's not helping the youngsters, but it still finds a way of hooking people in to its mindless world of sex, drugs and money. The production makes or breaks an album with terrible rapping, French Montana's latest being a prime example of how much a producer and endless guest features can hide an artist's shortcomings. Yo Gotti isn't quite as bad as French, but that's like saying being stabbed in the leg isn't as bad as being stabbed in the chest - you've still been stabbed. What's annoying about this release is that Gotti CAN rap, but pretends he can't on songs like "I Know" where his messy flow and rushed delivery are left all over an admittedly decent take on the inimitable Da Luniz track "I Got Five On It."

Where Gotti has a frankly repulsive persona on most songs, his charisma is often enough to hold together songs with a sung hook; "Don't Come Around" comes off harder than Peter North on ten Viagra, but it's mostly down to Kendall Morgan's sweetly delivered vocals. There's some funny lines on "ION Want It", with gems such as "If the money don't come in rubber bands I don't want it" and "If the pussy don't come with head I don't want it". For all we know, Gotti could be serious here, but I sure hope he isn't. Nursery rhymes show up on "I'm Sorry", which suffers from Yo Gotti being alone on the track. This isn't the type of hip hop to convince naysayers of the genre's value, it's simple, mindless and at times, hopelessly generic. But when you're attracting the likes of T.I. and J. Cole (who easily drops the best verse on the album) who gives a damn?

"LeBron James" won't be proud to have a song named after him after listening to Yo Gotti's interpretation of accomplishment, using played out themes such as high-end cars as a barometer of success. It's like listening to Silkk The Shocker's appearance on MTV Cribs. There's an awful example of Autotune on "Die a Real Nigga", making Gotti sound like a robot running low on batteries. Yet somehow, this album isn't awful as such, because it's backed up by some very good beats: "Cold Blood" is a pleasant, soulful break from the barrage of bass, while "Respect That You Earn" is the obligatory R&B song that talks about respecting women even though Gotti has spent the previous ten songs labelling women as hoes and bitches. It's as hypocritical as a Vinnie Paz record, but like Paz's best, Gotti still has that production to fall back on. This album slams harder than a body slam from Sticky Fingaz, and much like Onyx, ruthless misogyny runs throughout "I Am", with ‘bitch' and ‘nigga' in every other bar. At times you'd wish Gotti had done what DMX used to do and recorded two versions (of each song!), or even better, put some thought in to his writing. If you can get past the ignorance, this is enjoyable for what it is - an album to be played loudly in your car, with the windows down and a middle finger up to anybody who looks at you disapprovingly.