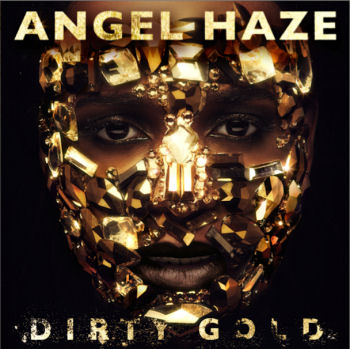 Diversity has become such a politically correct buzz word in recent years that it is easy to overlook why it is such an important issue. Done right, diversity allows for the inclusion of voices and ideas that would otherwise be overlooked. Diversity means including women and people of color in medical studies, so that issues that are specific to women and different ethnicities are addressed. It means designing buildings so people in wheelchairs can use them. It means designing products and programs that address the wants and needs of a range of customers and constituents, and not just the ones that are the most dominant. Diversity means getting a more accurate picture of what is really going on. Over the course of six mixtapes, Angel Haze has shown why there needs to be more diversity in rap, and what we are missing by having so few prominent female rappers. Haze is a fierce, skilled rapper who can shit-talk with the best of them but also drops rhymes about the struggles that women face. Her 2012 covers EP "Classicks" ended with a version of Eminem's "Cleaning Out My Closet" where she rapped about being sexually abused by multiple men for years. It is a perspective that you rarely get in pop music, let alone hip-hop.

"White Lilies/White Lies" is another example of the perspectives we miss because men dominate hip-hop. There are a thousand rap songs about strippers, but "White Lilies/White Lines" is one of the few that is from the point of view of strippers themselves. "Whose daughter is on the stage?" Haze asks over a brooding beat. "I know her by name." The song is a punch to the gut that will ensure that you never look at a stripper the same way again.

Ironically, it is Angel Haze's very diversity that ends up hurting her major label debut "Dirty Gold." Haze tries to walk the line between battle rapper, pop star, emo rapper, and motivational speaker. That's a lot to tackle in one album, and it is not surprising that it ends up a mess. Too many of Haze's raps are yelled, and they don't jibe with the pop production and softer elements in the music. It's like her label wanted her to be all things to all people all the time, and as a result she's not entirely successful at any of them.

It be easy to blame her label for all the problems with "Dirty Gold." Their attempts to make her next Rihanna certainly aren't helping her, and the fact that she leaked the album ahead of schedule suggests that Haze wasn't totally on board with the direction her label was taking her. While the pop/rap hybrid doesn't always work that well on "Dirty Gold," it's not what really stunts the album. The heartbreaking thing about "Dirty Gold" is how bad the lyrics often are. Haze has shown on her mixtapes that she is not afraid of tackling real problems and addressing things like abuse and her troubled upbringing with frankness and honesty. On "Dirty Gold" she defaults to overused flower metaphors, platitudes, and the kind of empowerment cheerleading that would make Oprah embarrassed. Her spoken word pieces are particularly painful, The album starts with her saying "I'm making it for people who just want to get lost." An interviewer says "That's interesting how music does that. It's like a trapdoor." "It locks you in," agrees Haze. It sounds like a pseudo celebrity doing a confessional on a reality show. Or this spoken intro from "Black Synagogue:"

"And the light, the light can make everything feel beautiful. It can make it feel safe, so safe that, like, in the night, we spend all of our time running away from our truths. And then we meet someone who tells us, 'God will always love you, no matter what you do. The only thing that will never stop loving you is God.' And because of all of our darkness, which at night I still run from, which at night we all still run from, we get stuck chasing light. That's a Black Synagogue."

There is a criticism of religion in there somewhere, but like a lot of her lyrics, it is frustratingly cliched and vague.

Songs that should be moving end up falling apart under the tortured prose and overworked metaphors. The aforementioned "Black Synagogue" is about Haze's disillusionment with religion after growing up in a cultish Christian sect. It comes off more like a temper tantrum than spiritual questioning. "Black Dahlia" is a message to her mother, who raised Haze in the sect. It should be a heart wrenching tear jerkier, but instead it feels like high school poetry. Natalia Kills does some spoken word in the song, telling her mother that she would rather have not been born if it would have made her mother's life better. However, she does it in a British valley girl accent that kills the gravitas of the moment (It doesn't help that Haze inadvertently titles the song after the name given to Elizabeth Short, the aspiring actress who was found mutilated and dismembered in an empty lot in Hollywood in 1947).

It's the endless string of cliches and empty platitudes that killed "Dirty Gold" for me. The love song "Planes Fly" (which could be about a woman) has any romances stamped out of it with clumsy, trite lyrics:

"I'm up in the air, still running from everything below
Yo, I'm not sure what this is but I've got jet fuel in my soul
Propellors tucked in my ribs
We'll fly
When the tunnel's got no light
And the light exposes this dull life
It's alright
When the good feels bad but the bad feels better"

I realize I'm being much harder on Haze than I usually am on male rappers, especially since she can actually rap and is rapping about suicide, self-doubt, love, and other topics not usually heard in the Hot 100. Maybe I am inadvertently playing into the double standard that often goes hand in hand with diversity, in which members of minority groups are held to much higher standards than the majority. There's also the fact that it is harder to rap about real issues than it is to rap about nothing. I'll put up with Ty Dolla $ign rapping about his two bitches in the club, but when a rapper tries to put down some real talk, I expect them to step their game up. I'm also not Haze's target demographic. No doubt her songs would hit much harder if I were a young woman and not a middle-aged man who happens to hate pop music. There have been a number of positive reviews written online about "Dirty Gold," so the record is definitely connecting with some people. It is certainly the type of album that wants to be cathartic to listeners.

I can live with the fact that Haze is going for a pop sound that I'm not a fan of. I can deal with the cheesy power ballads and the EDM beats. What really disappoints me with "Dirty Gold" is how shallow it is. You take a woman who can rap, sing, and could offer some much-needed counter programming to what mainstream hip-hop usually delivers. Instead, she's going for Nicki Minaj meets Eminem meets Rihanna on the Tyra show. It feels like a major missed opportunity. Hip-hop deserves to have more albums by female rappers, and we deserve better albums than "Dirty Gold."