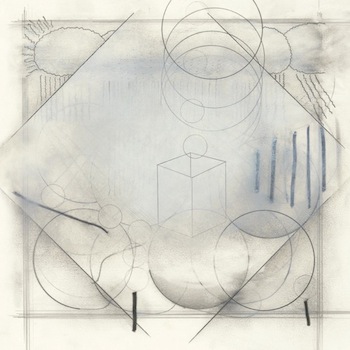 Actress is the stage name of British producer Darren J. Cunningham, who has been performing under that moniker for the past six years. His three previous albums offered an art-damaged mash-up of ambient, dance, minimalism, and experimental music. Actress has called "Ghettoville" "the bleached out and black tinted conclusion of the Actress image," and it sounds like a funeral. The bubbly warmth that underpinned his earlier work is largely absent, replaced by bleak industrial soundscapes.

Actress's music has always challenged listeners with its sparseness and occasional dissonant elements, but there was a warmth to his earlier albums that smoothed out the rougher edges. That warmth has been hammered out of "Ghettoville". At times it seems as if Actress is daring listeners to try to make it until the end of the album. He starts things off with seven minutes of slow clanging ("Forgiven"), and then gives the listener five and a half minutes of static glitch ("Street Corp."). It's not until "Corner," the third song on the album, that anything like a beat appears, and it is slow and mournful. Where Actress's earlier work was grounded in throbbing pulses, "Ghettoville" is lethargic and murky, crawling along at a menacing pace.

Not everything here is static, distortion and clanging. Much of the album features Actress doing what he does best: deconstructing standard electronic music templates, and creating music that is experimental yet recognizable. "Rims" is built around a sinister bassline and some clicks and whistles that's like two songbirds having a low-riding competition. "Gaze" is a house music song bleeding through the walls of an apartment. "Image" adds some clattering Detroit techno 808s into the mix. Actress is also pushing his sound forward, adding filtered vocals and offering fractured takes on hip-hop ("Rule") and R&B ("Rap"). These songs capture what makes Actress such a vital and important part of contemporary electronic music. His songs are stripped down to the bare essential, and he uses sounds that you wouldn't necessarily associate with music. He explores the patterns that emerge with repetition, avoiding big buildups or breakdowns. Everything feels carefully placed without a single extraneous click or blurb. At his best, his experimentation is grounded in beats so even at their weirdest the songs still bounce.

Unfortunately, the rhythm of the album is constantly interrupted by cacophonous dirges which makes it feel unsettled. Some of the songs stick around long after their musical point has been made, and the album itself is overlong. Just when "Ghettoville" settles into an off-kilter groove like "Rims," it gets derailed by a buzzkill like "Contagious."

While much of "Ghettoville" is up to Actress's usual high standards, it is an unfriendly and uneven album. It's the soundtrack to urban decay and depression. It's about exploring dark places and spending an uncomfortable amount of time in them. It is also a suicide note from a pseudonym, and like many suicides, there is a selfishness and lack of regard for others in "Ghettoville". Actress isn't thinking about how his music will sound to other people. He's not concerned with bringing listener along. He's not attempting to make an aesthetically pleasing album, or one that sets a consistent mood. As a result, "Ghettoville" is a bit of a letdown. If this truly is Actress's last gasp, he's not going out with a bang but a whimper.