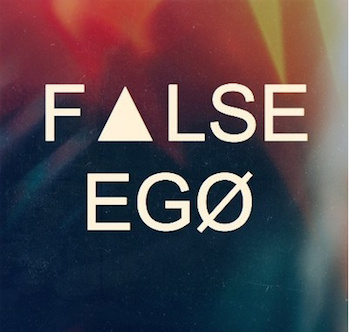 Ordinarily False Ego's "Nostradamus Beat Tape Vol. 1" is the kind of thing I'd save for our annual "UK month" here at RapReviews.com, since that's where the producer of this beat tape hails from. However I feel an obligation to the readership to provide a minimum amount of content per week, so False Ego makes the cut by virtue of me having stumbled across his work on a random Google search for rap instrumentals.

Ego appears to be fairly new to the rap scene, having only amassed 7 tweets and 9 followers since he joined the world of social media. I'm sure he'll have a few more after this review. He also seems to be a little unsure of the stance he wants to take about his work - on Bandcamp he describes his beats as free "for non profit as long as credit is given" but his most recent tweet says "(I) wish I could find people who jack my beats, that shit annoys me so much." It's hard to make a name for yourself when people do use your work without crediting you, but at the same time if anybody famous was rapping over my beats and I was False Ego, I'd be bragging about how my beat tape made somebody's mix tape. Ego has a style that reminds me of Jet Age - it's trippy, synthetic, spaced out hip-hop music for the explorers of the mind. That seems to be working for Mr. Ego - four of the songs on "Nostradamus" have been marked *SOLD* and replaced with a 0:16 track of static followed by silence. If you download the entire thing as a zip file you'll want to delete those once you unzip it - and I wonder why Ego doesn't simply repost is beat tape with a new tracklisting and the ones he doesn't want floating around for free removed. It's honestly a bit of a cocktease to say it was good enough for someone to buy and then not even let us hear any of what they bought. False Ego has a lot of potential though, and if I'm the first to discuss him in a review (again I suspect he's not received much press by the low Twitter count) I'm surprised. I can't help but hear Frank Ocean crooning over "Ice Scream Girl" in my head. "Space Echilon" is the kind of thing you'd hear in the background for [adult swim] bumpers. I know Wiz Khalifa could have some fun with "PuffPass" - maybe even mc chris. It's the kind of instrumental that could go either way. The wavering notes of "Darkside" remind me of playing with the effect wheel on a Yamaha keyboard - and the fact that Ego could actually loop that into something dope makes me want to check for him more. I suspect the only things False Ego needs are more time to hone his craft and more experimental rappers to follow him on social media - he's got a sound that unconventional rappers can easily use.