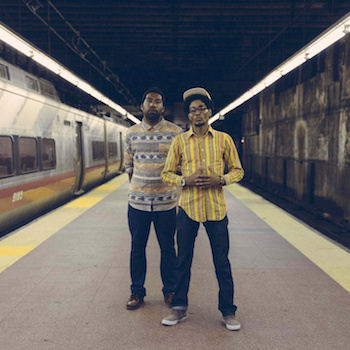 "So quit, gather round, hear the sound of the man
Cause I can, yes you know I can, yes I can can
Satisfy with the fly display, this may dismay
But I am, the Music Man, yeah I'm the Music Man" - Masta Ace

There are advantages and disadvantages of getting older. As you age you may develop the maturity to recognize that knowledge and wisdom are not the same thing, along with the ability to see things from multiple points of view outside of your own perspective. You may also find that the knowledge you've acquired is an impediment to your enjoyment of art. It only took one film class to forever change the way I watched movies, analyzing each scene of a flick for its underlying meaning - the mood set by the lighting, the metaphor by the elements the director chose to include in a shot, and so on. It took years of watching high intensity thrillers and low brow slashers to get my brain to reassert the ability to disengage from knowledge of what a film's subtext is and just enjoy it on a superficial level.

Hip-Hop can torment me the same way, and the 1978ers "P.O.T." EP caused the exact same problem, because I couldn't get past "Act II" without the instrumental driving me crazy. No matter how dope the lyrics were, I couldn't move past the fact I knew the guitar riff that yU the 78er and Slimkat chose for the track. Anybody half my age wouldn't have had the song in their reference stack and wouldn't have gotten stuck on this track, but after pondering it for a few minutes I realized they had sampled the exact same track Masta Ace did for "Music Man" - Grand Funk Railroad's classic "Nothing Is the Same." They're far from the only ones to jack this loop - De La Soul did it on "En Focus," The Roots did it on "Rising Down," and there are many more examples. Still for me this song will always epitomize Masta Ace - he remains my all time favorite emcee to rap over it and everybody else can't do any better than a tie for second place.

Once I got beyond this cultural artifact from my childhood, I was able to appreciate the three act story arc of the "People of Today" EP, from a group whose name implies they are only a few years younger than me. Perhaps they grew up on the Juice Crew too. The intro has a deceptively mesmerizing backdrop, which sounds like it's picking up speed throughout the track, even though I'm sure the raps over the beat didn't change pace.

The "Music Man" inspired song is the filling in this sandwich, with "Act III" doing what I actually suspected was true on "Act I" - purposefully speeding up and then slowing down for the hooks. The finger snaps keep the beat as yU raps about changing values from one generation to the next where "having less was a test, now that we have more/is it really making us more greater?" Perhaps not - but I'd like to have more of the 1978ers to see how they build on this short but interesting sampler.