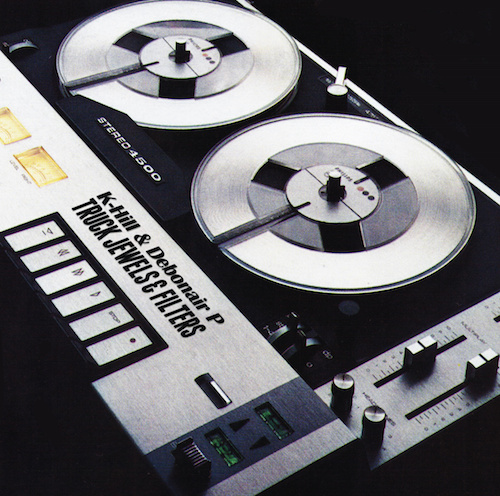 Having produced one of my personal favorite albums of 2015 in Omniscence's "The God Hour", I started checking out previous projects the Australian beat-wizard had been involved with. Dropping at the very end of 2014 was "Truck Jewels and Filters", a short collaborative EP with K-Hill, a North Carolina rapper I'd only come across on DJ K.O.'s hugely underrated "Picture This" compilation, released all the way back in 2006.

At four tracks long, plus four remixes and a remix of a remix, this 9-song EP zips by in no time. Debonair P's best work is aided by vicious scratches and relentlessly aggressive acapella selection, and it's no surprise that "Clout War" stands out with its brutal usage of Keith Murray, Lord Finesse and Nas.

As enjoyable as Debonair P's beats are, they don't necessarily work well with K-Hill's crisp, clearly delivered rhymes. The track "Trucks, Jewels and Filters" itself suffers from an irritating hook, something that wasn't evident on "The God Hour."

Prince Po and Omniscence himself guest on "Clout War" and "Root 4 Me" respectively, and both sound natural over Debonair P's production, something that unfortunately doesn't ring true for K-Hill. And that's where "Truck Jewels and Filters" falls short; as a pair K-Hill and Debonair P don't have that chemistry needed to carry an EP of this nature, and it quickly begins to sound like a bunch of rhymes over a bunch of beats.