PremRock :: Who Art In Nada :: Planet PremRock
as reviewed by Steve 'Flash' Juon 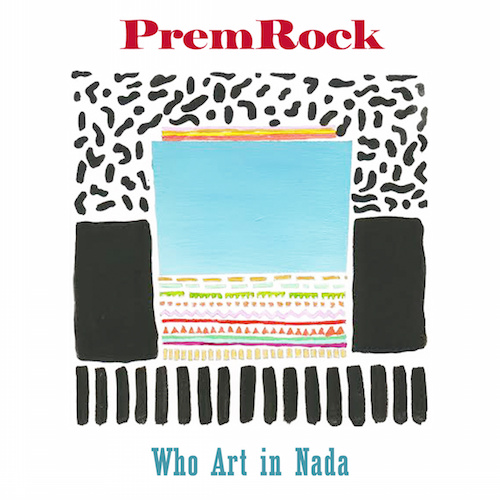 If you set a goal to review multiple albums in the same week for an update, it helps when one of them is by PremRock. Besides the fact Mark a/k/a PremRock is a completely genuine no BS kind of guy (which the rap game in general and the music industry in particular could use far more of), his albums never leave me with the feeling "Well that's an hour of my life that I'll never get back." It's refreshing to automatically assume going in that the time you spend dissecting and reconstructing an album well be time well spent, and that your reward at the end of the day will be that you also have good new music to listen to when you're NOT doing reviews. PremRock makes the kind of tracks I can just chill out and enjoy.

Along comes "Who Art In Nada" to catch me by surprise - an unexpected 30 minute dose of new PremRock jams. Sweet. "New" may not be the right word though. Seven out of nine tracks here are actually remixes of songs from "A Clean, Well-Lighted Place," including two different takes on the song "Lens." The second of the two, the "Otherground Remix" isn't so much a remix at all musically - it's just taking one of the dope tracks from the original and turning it into a posse song. Zilla Rocca, Curly Castro, Has-Lo and Armand Hammer all jump on the Quelle Chris beat this time around.

Ain't nothing wrong with that, but the aforementioned Zilla really serves the flavor on his redo of "Lense," giving it a heavy industrial backdrop that turns the bassline into a humming drill, while samples of Redman are scratched into the track. It has none of the quirky warm melody of the original version as heard above - it sounds like a rap song sent back from the future by Dr. Octagon to be interpreted by the present day masses. That same degree of sonic reinterpretation can be found in Uncommon Nasa's take on "Can't Make It Stop." The original Marmaduke beat was a snappy bass that gets attacked by echoing, clattering noises and wailing vocals, like the Halloween haunted house of hip-hop. Nasa's version has some of that spooky spirit, but sounds like it's being played on the framework rigging the drum set as opposed to actual drums. He smashes and bashes pipes as Mark's vocals float over the beat. I can understand how that might not be every rap fan's cup of tea, but I'm okay with PremRock giving us these audio experiments along with a couple of new tracks. "Vietnam Sportscoat" alone would be worth the price of admission. "This whiskey should be my last/mortaging the future cause we can't accept what's past/passed." It sounds morose at first but it's got heart. "New York is cold, but I like where I'm living/There's music down on Franklin Ave. - care to listen?" That's typical of Mark's tracks - he makes music that's both thoughtful and thought-provoking. The same holds true for the album's other new track "Let the Poets Die," where the Poe-esque rapper almost cheerfully proclaims "I never wrote rhymes for headphones/I wrote rhymes for headstones." PremRock's music does have that kind of permanence, even if his circle of followers and admirers is not enough to trample down the grass in the graveyard, which is more an indictment of the music business than anything Mark ever did. This time it's safe to say his latest work was a HALF hour of my time well spent.