:: Innovators and Aviators
as reviewed by Steve 'Flash' Juon 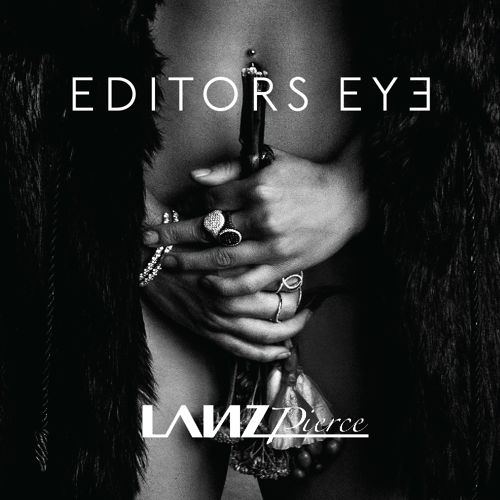 There's just no way to write this review without stating the obvious - Lanz Pierce is a white, blonde, female emcee. That's fine though - we've come a long way since the days of Icy Blu in hip-hop. In fact in recent years a few white chicks have gotten a little respect for their swagger. Love her or hate her either way but you can't ignore the fact Kreayshawn charted, and Lil Debbie is on the come up, the controversial V-Nasty is out there, and the last time I checked in Princess Superstar was still making new music - she's practically the O.G. at this point.

Not compared to Debbie Harry of course - but that was more of a one hit wonder by a punk rock star.

After an afternoon of interviewing fighters and writing about MMA, a nine track rap album from a blonde female rapper seemed like a nice change of pace. After checking out her self-directed and produced video for "Waterfalls" I have to admit her hustle muscle to get her music and message out to the public is on point.

"I know that p---y make you weak" seems cliche in some respects, the typical "reclaiming sexuality by being overtly sexual" in a way that's hard to separate from being exploited by music industry for your assets. If you listen to the song in full though she offers a more nuanced statement: "I'm an artist I need acknowledgement/yeah, I'm a woman I need love/yeah, I'm a daughter I owe respect/yeah, I'm a girlfriend I need trust." Now I can dig that approach - Lanz owns her attractiveness but is not selling herself solely on her good looks. "Waterfalls" is a sensual song, but it's also a fierce song, where she vows that she still has "haters necks to stick my foot on." She also offers a frank honesty often not heard in these songs: "Every day is judgment day based on my image." She's acknowledging if she's not seen as attractive some people might not take her seriously in the first place - a double edged sword.

Now that Lanz Pierce has both my attention and my respect, I can say "Editors Eye" is an interesting piece of work that sees Lanz Pierce doing her best to balane bringing a feminine side to her work without being judged solely on that basis. You'll definitely hear a woman's side of a failed relationship on "Trial & Error," but "Confessions" is not the raunchy sex romp you might have expected - it's all about trying to succeed as an artist while still dealing with "nosy b---hes all in my business" and a career that actually makes coming home and being alone somewhat preferable. What she's really confessing is "Sure it all seems glamorous, but having to record tour and promote is hard damn work."

That's not to say Lanz Pierce completely rises above being in touch with her intimacy - she wants to "lose control in cruise control" on the track "Do It to Me." She's tired of the blues, and she just wants to feel good, and she sings the hooks between verses begging her partner to "do it 'til the lights come on." I'm still a little skeptical about whether or not hip-hop needs yet another white female rap artist, but to deny her a place in the conversation solely on that basis is arbitrarily unfair in the extreme. Producers like Jereme Jay, Playback Beatz, Tha Kracken, Nate Foxx and KhanOnTheBeat to name a few are providing solid musical backling for Pierce that may not rocket her to the top of the charts, but they are certainly pleasant enough to drive around with on repeat and not get mad at it. That's the bottom line on "Editors Eye" really - I'm not mad at it. I didn't need it any more than I needed more bills, more work, or less free time - but I'm not the least bit mad at it.