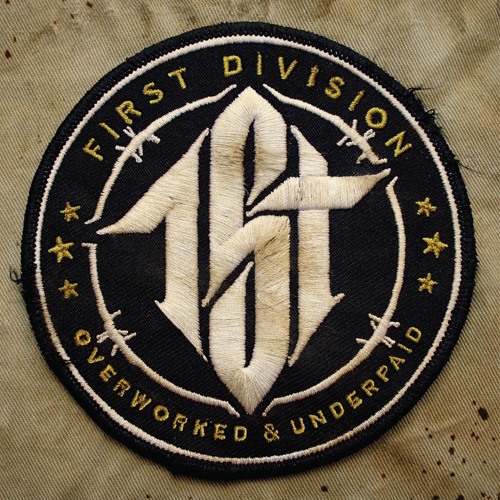 An album with great production and derivative rhyming is a criticism usually reserved for more mainstream Hip-Hop albums, but is just as applicable, if not more so, to so-called "real Hip-Hop". First Division are the duo of Shylow and Expertise, two emcees with similar styles who spend much of "Overworked and Underpaid" running through a checklist of rap cliches. Denouncing the state of Hip-Hop, proclaiming to be advocates of the "real", and claiming to be the best on the mic are all rather tiresome at this point, particularly when delivered with the same, singular tone on each track.

Despite the underwhelming approach lyrically, this album is hard to criticize musically. Marco Polo is executive producer and his fingerprints are all over the project, and with respected names such as Kev Brown, DJ Premier, Jake One and The Doppelgangaz contributing an instrumental each, there's no denying the quality. Unsurprisingly, the Premier track is a cut above, reminiscent of "The Ownerz"-era Gang Starr which only helps to highlight the charisma Guru could have brought to the table.

Another stellar moment comes in the form of "The C.D.C. (Cypher for Disease Control)", a collaborative effort alongside Torae, Supastition, Skoob (of Das EFX), Ruste Juxx, Baron and Prince Po (of Organized Konfusion). That line-up sums up the style of First Division perfectly, yet only helps to highlight their inferiority, even with a garbage Skoob verse almost unrecognizable from his classic material over twenty years ago. The rest of that line-up go in as you'd expect, and the Jake One beat is filthy. Additionally, it's great to hear Rah Digga on "WTF", a brutal cut highlighting how effective Digga's in-your-face presence sounds over Marco Polo production.

First Division are clearly students of the game and care a lot about its history, but with countless outdated references and namedropping of iconic 90s rap artists, it's all a bit backwards. Where Verbal Threat had two unique members that complemented each other and Dirt Platoon brought overblown energy to the table, First Division are more derivative and reliant on their excellent choice in beats. If you can overlook that, then there's plenty to enjoy here, particularly at a very loud volume. Music Vibes: 8 of 10 Lyric Vibes: 5 of 10 TOTAL Vibes: 6.5 of 10