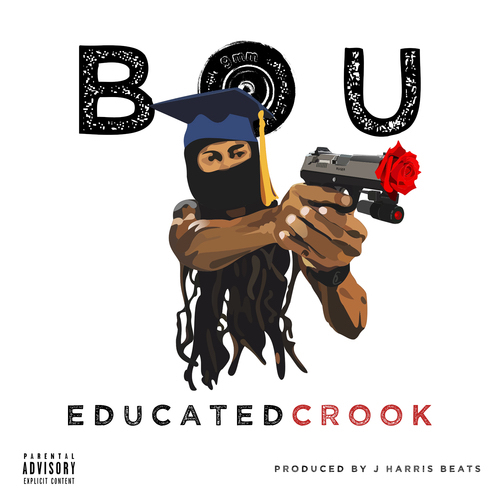 I wish I knew why we hip-hop fans still call sold-from-out-of-the-car-trunk DJ compilations and extreme indie releases as mixtapes. First off, they're not tapes, they're compact discs (or file folders of mp3s, if you want to be pedantic about it). Second, though this is inapplicable to the aforementioned DJ aspect, the releases by indie emcees don't often qualify as a mix. To be one, it would have to lack focus and vision. There'd have to be no coherency between tracks nor consistency with the production. It'd be a bunch of table scrap tracks just thrown together on CD with a Photoshopped cover all in a slim jewel case.

Also - and this is just my personal criteria - there'd have to be at least one track where the emcee raps over an already popular or previously released beat (i.e.: 50 Cent rapping over "Dipset Anthem"). While there is more freedom making mixtapes, such as collaborating with other artists and sampling any material without major label interference, the widespread categorization of them as such has become a widespread misnomer. Take the topic of this review, "Educated Crook" by Maryland emcee Bou, for example: Though it's dubbed (no pun intended) as a mixtape, it sounds more like an album.

Continuing with the education theme from the title of his second release, "Thesis", what "Educated Crook" shines a brighter light on is Bou's dichotomy. Though the two halves of his nature are seemingly reconciled here, the listener is still granted a full audio display of a man who's learned the lessons of both the streets and the classroom. Even the album cover reflects the end result of those lessons, a dreadlocked young Black man wearing a graduation cap and holding a ruger with both laser sighting and a rose (a reference to Rosemary Hills, where Bou was raised) up the barrel. But how's the music?

This time around, JHarrisBeats produces the entirety of the album (with the exception of the three bonus tracks at the end courtesy of Young Clip and James P.). His beats have grown significantly in terms of consistency and now include the usage or live instrumentations. His usage of the trap-sounding TR-Roland 808 kickdrums and bass would've been repetitive if not for the different patterns with which he experiments on most of the album's songs. His sample palette has also grown outside of its comfort zone. His final track, "Place Where I Can Go", is built off of a sample from indie rock band LP. Lyrically, the track has Bou laying down his escape to his ideal utopia over the atmospheric beat.

The album's title track is a standout track because it shows Bou's growth as an emcee in terms of storytelling, use of similes, melody, flow, details and even social commentary. Bou spits a narrative in which he plays two characters, himself and friend. The story? To rob a guy who set up shop as a drug dealer in Bou's home territory. Why? Because the dealer's just a wannabe. He comes from a rich family (and therefore, doesn't need to trap), has no grit, and only chooses to deal drugs as an extreme way of offsetting his suburban tendencies (translation: To prove he's Black by acting hood). The song's syrupy hook, "I'm an educated crook, type of nigga that'll rob you then go read a book", succinctly spells out the meaning of the title. His use of double entendres ("Don't trap for kicks, this ain't Eastbay") over JHarris' menacing piano beat was dope as well. How's it end? Listen below:

Earlier, I wrote how JHarris incorporates live instruments in his beats on this album. He seems to have a knack of working with soulful guitar riffs. He does this on the intro, as well as on "M.A.N. (Maryland Ass N*gga)". The latter's notable because I haven't heard any emcee before Bou put out something that would qualify as an anthem for the Chesapeake state. "Picture Me Rolling" (feat. Petros) is also a guitar-laced track, the kind you'd rock to with the top down on a summer day. It's also inspired by a 2Pac song of the same name, but only in terms of the title and the guitar riff.

On "Miracle Worker", Bou goes autotune on the hook for the ladies. That's the track you'd most likely hear in the club. A marijuana ode is also included in the form of "Mary Jane", complete with a female singer on the chorus. What's interesting about it is that it's not a track that personifies marijuana as a woman, nor is it a full-blown stoner's anthem. If anything, Bou waxes about doing it in moderation or times of extreme stress.

"Straight to the Money" suffers from a choppy piano sample and sporadic drums, but Bou somehow makes it work via his flow. To contrast with "Miracle Worker", Bou illustrates the difference between hoes and real women on "Save No Hoe". Thematically, it's reminiscent of "Superman" by Eminem. Of the three bonus tracks, James P's "They Don't Wanna" gets the win with its "against-all-odds" lyrical mission.

When I reviewed "Thesis" several months ago, I thought that it was Bou's best release at that point. "Educated Crook" just snatched that crown. Though mostly trap-sounding, there's nothing in conventional wisdom that specifies that a categorized trap-rapper can't be multi-faceted. As an emcee, Bou demonstrates what happens when street smarts and classroom smarts are melded together.