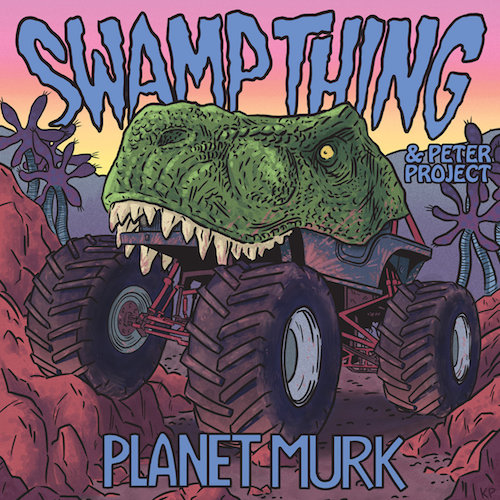 Every time I try to escape the trap of nostalgia, sometime comes along to try and convince me the 1980's was actually PRETTY RAD as opposed to a decade of Wall Street excess, nuclear meltdowns, and hostage crises. I won't lie and say I don't have fond memories though - it's the same decade that I fell in love with hip-hop music, drove my first car, and saw many movies that have since earned the "cult classic" moniker. One of them is the admittedly absurd "Weird Science," a movie where two suburban nerds conjure up the woman of their dreams (Lisa) by hacking into a government computer system. These days that would earn you a visit from the DHS.

It's not out of character for the Canadian rap trio Swamp Thing to mine the depths of pop culture for their albums though. Their name itself represents a fictional character from the DC Comics universe, which fortunately for them has not engendered any cease-and-desist letters for trademark infringement. My guess is that the moment Swamp Thing shows up on an episode of The Flash the party is over. (It's one of the best shows on TV today - if you're not watching it you should be.) Until them we'll continue to see more S.T. music from Timbuktu, Chokeules, and Savilion.

The press release for "Planet Murk" points out that the group has outsourced their production for the first time ever, and I'd be lying if I said that wasn't disappointing since I considered their high quality of their self-produced raps to be one of their trademarks. That said I can't argue with the results of choosing Peter Project and "his army of 808s, 303s, MPC 60s, and SP-12s" to handle the beats, particualrly when listening to songs like "Gary Cole." The drums hit hard, the melody is fresh, sound effects attack the track like drivebys that sweep the instrumental, and even the sample of Gary Coleman (R.I.P.) is perfectly chosen.

It doesn't take long to get through all 10 tracks of "Planet Murk" at 36 minutes, but it reminds me of "Dead Serious" in that it wouldn't be any better if it was any longer. Coincidentally "Straight Out the Murk" sounds like a song from the sewers, with a chorus full of attitude that wouldn't have been out of place on "Bacdafucup." There's not a lot of time for cameos on an album this fast, but they still manage to squeeze in More or Les on "Firebots" and Ghettosocks on "Lake Eerie," which is in the running for best tracks on the entire album. It has a spooky mysterious backdrop that's reminiscent of the classic Gravediggaz debut album... ... and I just realized something. It's not 1980's nostalgia that the group is going for on this album, even though a few of the song titles and references might lead you in that direction. It's actually an album built on 1990's nostalgia, an era of boom bamp hip-hop that many of my peers are trying desperately to hop in a DeLorean and travel back to. After listening to Fetty Wap and Travis Scott I can't say I blame them, but I can also say this kind of throwback sound only works when you have a really tight group of artists and a producer who knows his s--t. Swamp Thing can get away with it - most others shouldn't even try.