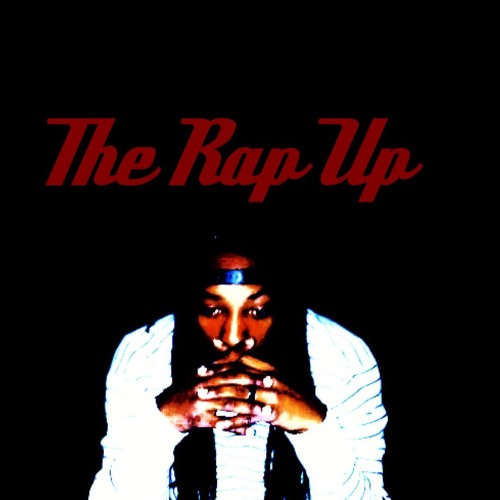 If the goal was to start 2016 out on a confusing note, Abeasity Jones has succeeded in spades, but that has no bearing on the quality of his music. The confusion stems from the fact this was promoted to me by a reputable PR firm, and by reputable I mean both the quality of the people who work there AND of the artists they represent, but this "Rap Up" EP has no tracklisting or liner notes. I initially thought the mistake was mine when I used the download link instead of streaming the album on Soundcloud, but when I went back to the do the latter I found it wasn't segmented into tracks there either. This entire EP is one unchopped file 16 minutes in length.

The aforementioned press release describes this as "seven unreleased Abeasity tracks," which means the average length of these unnamed song is about two minutes and change. What may be more important is that this is a teaser for "Truth I'd Love In No Regrets," a new Abeasity album dropping February 23rd, so it appears that naming the songs is less important now than it is in a month's time. It's possible some of this material might even be reused when it comes time for official full length Abeasity album. Either way we're told this EP features guest appearances "by Dealz Make Beats and others," but again with no liner notes it's hard to say who those others are or what their actual contributions might be.

The single most confusing thing about this Abeasity Jones release though may simply be the title itself. "The Rap Up 2015" implies one of those annual Year In Review songs we always get this time of year from Bekay or Skillz, but there's no hint of any kind of that among these seven songs. Abeasity isn't breaking down social media's biggest feuds, pop culture's biggest news, or hip-hop's biggest records - nothing is "wrapped up" here at all. This is just a completely random selection of seven unnamed songs which will take you a quarter of an hour to listen to.

Here's what I can tell you for certain that I'm not confused about - Abeasity Jones hails from Denver, Colorado and is apparently happy to take advantage of the legal recreational marijuana there. His profile picture on Soundcloud looks like he's lighting one up, and the opening track talks about how he's "gonna kick it on the front porch, blunt torched." I don't blame him - if I lived in Colorado or California I'd do the same thing. The second song might be called "Paint in My Backpack" but I can't guarantee it. It's his ode to the elements of hip-hop, paying dues and "paying homage to the ones before," and his disappointment so few people do any more. On his next track, possibly called "Stop and Take a Picture," he drops a carefree flow over a lazy saxophone and "soft symphonic sounds" that sounds like he's high on either the blunts or the spray paint fumes. It's a pretty chill joint, and his guest here may be Dealz Make Beats - I can't tell though. He refers to his rivals as "dolphin-ass niggaz," one of the weirder diss lines I've ever heard.

By the closing track, which may be called "Back On That Flow," there's enough passable material on "The Rap Up 2015 EP" that I'd actually be interested in his full length album - provided I get some actual liner notes and distinguishably separated tracks next time. That's right - like Offspring said years ago - you got to keep 'em separated. Even if there's under 18 tracks, please list the length and the time, and I'll come out and play 'em. In the meantime Abeasity strikes me as an intriguing and somewhat mellow rapper, a little reminiscent of SkyBlew, but I need to know more and hear more to make a better assessment.