:: BGSW
as reviewed by Patrick Taylor 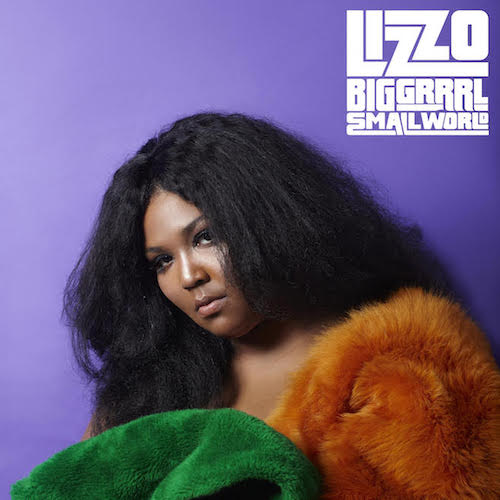 Minneapolis-based Lizzo has been busy since releasing "Lizzobangers" in 2013. She worked on the Prince side project PlectrumElectrum, opened for indie royalty Sleater-Kinney on their reunion tour, and somehow found time to regroup with Lazerbeak and record her sophomore album at the studio run by Justin Vernon of Bon Iver fame. Like her debut, "BGSW" has its share of banging beats and fierce raps, but Lizzo has smoothed her sound out and leaned hard on her R&B roots.

It's a cliche that female rappers need to not only rap well but sing well and look good doing it, and Lizzo is three for three. She starts off proving that she has the necessary microphone skills on "Ain't I," which manages to be banging, full of attitude, and socially conscious:

"What was Russia without the czars?
What was Henry Ford without the cars?
My grandparents worked at Ford factory
So Henry is nothing without my family tree
And his slave-owning family needed Black blood still
So I think we need a spot up on Henry's will
That would never be the case, in case you ain't keeping up
I'm dishing out cases of that heavy bass
And them bassheads straight from the oppressor's loins
Are giving us our "Free us!" in hella coin"

She takes a break midway through the song to sing, which remains a theme throughout the rest of the album. "BGSW" is much more focused on Lizzo's voice than her debut was. She spends much of the album proving she can sing as well as she can rap, whether it is singing hooks or doing straight R&B tracks. Even more impressive, she's using her voice to sing about loving yourself, being comfortable in your body, and having pride and self-respect. She challenges the tendency towards crass sexuality and objectification in pop culture on "Humanize," singing, "I try to see love through human eyes/Humanize me baby." "My Skin" is about accepting your body and your identity. "En Love" is a love song to herself. That may sound egotistical and self-absorbed, but Lizzo never feels like a narcissist. Instead, she comes off as a woman who doesn't fit beauty and body norms who wants other people like her to feel good about themselves. The oversexed fat girl is a tired cliche in comedy, and it is refreshing to see Lizzo express her sexuality without the joke ever being on her. If anything, it is on the legion of men eager for some of their action; there's a running joke about guys furiously masturbating because she won't have sex with them.

The downtempo songs don't kill the vibe of the album. Instead, they add complexity to it and offer some breathing room from the relentless onslaught of the uptempo tracks. Hearing Lizzo sing about losing her father on a song like "1Deep" only makes the more celebratory tracks that much better. You know that she's been through some shit and is making a conscious choice to approach life with positivity.

Balancing rapping and R&B is tricky enough. Balancing making club bangers with a message about self-love and fighting back against institutionalized racism is really hard to get right, but Lizzo pulls it off. She gets pegged as "alternative hip-hop, but I couldn't help but think of Missy Elliott when listening to "BGSW." Maybe it's Lizzo's futuristic beats, the way she mixes fierce rapping chops effortlessly with smooth R&B, and maybe it is her super-confident, DGAF attitude. She sells her message with having mad skills and swagger to spare. In a way, it's the same story for all successful women: you just have to be five times as good as the men around you.