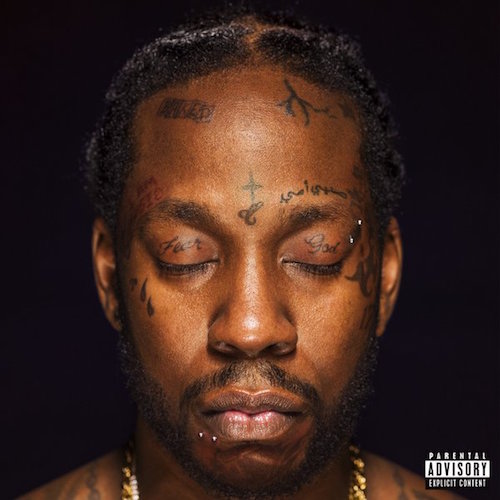 For anyone who hasn't heard all of the buzz surrounding this album, it is important to know that this is not simply another 2 Chainz project, it's actually more or less a joint album with Lil Wayne. Wayne is featured on eight of the thirteen tracks but the project is officially being released as a 2 Chainz solo album (this could very well have to do with the Lil Wayne vs. Cash Money dispute).

The first factor is plain and simply that Wayne is not nearly the rapper he used to be. This isn't "Dedication 3" Wayne, "Tha Carter" I through III Wayne, or even "I Am Not a Human Being" Wayne. This is a Wayne listeners have come to know over the past few years through several lackluster and disappointing projects. This is "Tha Carter IV" Wayne, "I Am Not a Human Being II" Wayne, and "Free Weezy Album" Wayne. Even some of the most devoted fans have shook their heads at the prolonged slump Lil Wayne has fallen into, and that slump continues into "Collegrove." To put it simply and frankly, Wayne (for the most part) just doesn't get the job done like he used to.

The second factor is 2 Chainz' abilities as a rapper in general. Although Chainz has had notable verses at times (such as his feature on G.O.O.D. Music's "Mercy"), he is generally a rather underwhelming artist. Many fans will disagree with this statement, but when you give his hit albums such as "Based On a T.R.U. Story" and "B.O.A.T.S. II: Me Time" a good, hard and thorough listen they fail to impress on lyrical, technical and cohesive levels. While the general talent and abilities of Chainz can be debated, it's hard to make a good case for his performance on "Collegrove."

The third and final of the main factors bringing "Collegrove" down is the fact that despite the poor work of both Wayne and Chainz on this project, they do in fact have chemistry, yet they fail to utilize it. This is where the more in depth analysis begins. The highlight song of the album, "Bounce," features the two artists feeding off each other verse by verse in a display of lyrical dexterity we haven't seen from either of them as of late. In the first verse Wayne declares, "All of us bastards, our mothers queens and our women dancers" cleverly not long before he passes the mic on to Chainz who states, "I'm really rappin', I'm finger snappin', I'm pistol packin'." He says this rightfully so, for on this track both rappers are really spitting. No, their lyrics are not all particularly in depth in this song, but their flow is rapid and on point with solid rhyme schemes.

The rest of the songs on this album, however, don't fair so well. The album begins with the 2 Chainz solo track "Dedication," which is more or less an ode to Wayne. The track begins with the words, "If it wasn't for Wayne, it wouldn't be/ A lot of dudes in the game, including me." This might very well be a true statement. What dampens the tribute, however, is Wayne's following performance on the album. Track after track he spits forgettable lines with a weak flow and highly unimpressive lyrics. On "Blue C Note" he declares: "Dreadlock Rasta, hair like pasta/I don't see what's your problem, I need an eye doctor" in a sad display of a former lyricist who has fallen into a deep slump. This low level of execution continues throughout the album. It's not too impressive on Chainz' end either. He contributes several boring verses of braggadocio and outright stunting delivered in a not so well delivered package. He even fumbles his solo tracks, with lines likes this one of "MFN Right":

"Aight bruh, let me just freestyle some more
cause this shit
I'm smoking the LSD
And god dang, I got a little drink downstairs"

If it's the case that he's really freestyling, he really should stop.

Song after song on this album falls short in lyricism, delivery and also, production. The beats, handled by a variety of producers ranging from Mike Will Made It to Metro Boomin, fail to deliver. They are, for the most part, a series of generic drums, generic bass booms, and simple synths. There are exceptions, however, such as the beat in the aforementioned "Bounce." It's nothing particularly special, but the simplicity of it is adequate for the type of rapid back and forth rapping it backs up. The production on "Rolls Royce Weather Every Day" is interesting, with backing violins that add to the otherwise standard beat. Other than that, there is really not much to say about the production on this project, for un-notable is truly the nature of it.

All in all this project comes up very short. Lil Wayne is simply not what he used to be, and 2 Chainz leaves much to be desired. Standout tracks are limited to one - that being "Bounce." The duo don't impress, and their splash on the hip hop world with his project is in fact nothing but a bubble.