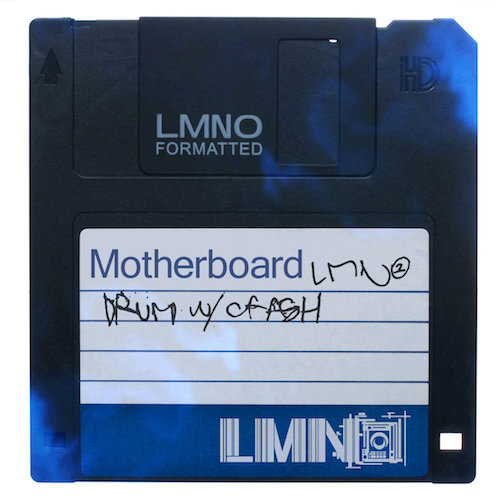 Guess who's back again? James Kelly b/k/a LMNO. I know I've complained about how useless Wikipedia is before, but when it comes to Mr. Kelly it really takes the cake, because his rap nom de plume takes you to a Steven Spielberg produced video game that was CANCELLED six years ago. How (and why) is that more relevant than Kelly? It's not. If you want even a partial discography of his prodigious output over the years you're going to have to try Discogs.com instead but even that's incomple,te. Maybe someday the whole exercise will collapse under its own ponderous weight, but for now don't bother trying to right this wrong by writing Kelly up. They claim "anyone can edit" Wikipedia but would probably delete a new page for the artist on "lack of notability" quicker than you could blink -- even though as noted a cancelled video game is more "notable" than an artist who is actually actively making art. It's a huge pile of horses--t.

Anyway L's rap has been incredibly divisive over the years, so if you just stumbled into this review trying to search for LMNO online, let me quickly break down the reason why. Mr. Kelly is no doubt lyrically adept, and uses his rhyme writing ability to explore both the inner mind and human condition, but some people just can't get past his quirky flow and monotone delivery. The sheer degree of variance in how polarizing L's raps are to people out to make him "notable" in and of itself but I digress. Perhaps the best explanation I've heard of L's style can be attributed to Grant Jones, who accurately compared him to both Alchemist and Evidence in both tone and delivery. To paraphrase Grant's words, if you enjoyed either one of those artists, you'd probably like LMNO too.

"Grow, as much as I do - I don't know
In all of this darkness we glow
As soon as we start this (we go!)
Driving? (Driving.) Driven? (Driven!)
Alive and living every day's Thanksgiving
Looking for no return --
I'm lying if I said pay isn't a concern"

L describes himself on "Grow" as a man who is "dream chasin/reality facin," expertly and quickly summing up the duality between being a creative individual yet still having bills to pay. LMNO can keep things affordable though by self-producing his tracks, in this case partnered with DVINE1, in a session that came about by accident while producing a track for the legend Craig G. The resulting musical output was filed away for a future release, and is promoted here as being almost entirely sample free, with the lone example being "Deadification." Now L hasn't been shy about copping to copping a few doses of recreational pharmaceuticals in the past, but this track may be the most blatant admission of tripping he's put on record in his entire career.

"Weed, shrooms, coke, LSD
We had everything we needed except tabs for me!
So I copped, from the Deadhead, dropped one right there
Walked around the lot with that zombie-like stare
Gravitated towards the entrance, for our seats
Had like - lost count at least 20 joints each
Sat down, the show began
Soaked in the acid trip you know I never ran
Stayed still, this was the illest show I'd seen
I mean you had to be there, it was so serene!
Still your face told my face it was great
And during intermission I got a pizza plate
from these hippies, that travelled with the Dead for years
They showed us real love, no need for any fears"

It's a very personal narrative from one of Kelly's own experiences, but there's no doubt some overzealous do-gooder will claim he's trying to push "alternative lifestyles" on apparently easily confused youth who can't make up their minds about anything. I highly doubt most of LMNO's music is targetted at those under 21 anyway, but ignoring that fact I'd just point out that this isn't a whole album about turning on, tuning in and dropping out - it's just one song. Obviously Mr. Kelly had a good trip, enjoyed a good concert, ate some pizza that was probably as good as any he's ever eaten. It could have gone differently. Some people are scarred for life by acid trips. Some people believe they can fly and jump off buildings. I'm certainly not an advocate but I appreciate LMNO sharing his trip with us in a musically enjoyable way.

The majority of "Motherboard" lives up to the implication of the title - hip-hop with a very computerized electronic feel. You'd expect "Run Dancehall" to be a reggae style track based on the name, but other than LMNO's exhortation "who runs the dancehall" on the hook you really can't find a connection. It's a track that is very bass heavy at times, and at other times gets stripped down to a minimal percussion track paired with L's vocals. The changing format of the song sucks you in and makes you pay attention - it's a very effective track.

The influence of DVINE1 appears to have been a good one by how fresh cuts like "The World" and "The Quickness" are, which makes me wonder why they decided to sit on these sessions for 3-4 years before their release. In fact to circle back to Grant Jones' explanation from earlier, you'd REALLY think you were listening to Evidence on the latter track. There's no implication that Mr. Kelly is copying Mr. Perretta or vice versa here - just that by accident of their vocal chords being shaped the way they are they're occasionally interchangeable with each other. That would suck if they were a group. They're not so it's perfectly fine here. "Perfectly fine" is also how I'd describe "Motherboard." It's not going to change the world but you won't regret the 29:32 in time you spent on it either.