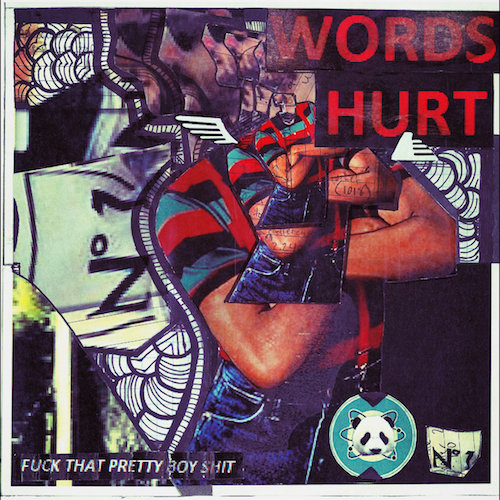 It's refreshing when you can be honest with an artist about their music and they don't take it like you just dropkicked their pets off a New York rooftop and go all Jessica Jones on your ass. I was harsh about Tim Baker's last release under the guise of Words Hurt and ironically enough I worried that my words were hurtful - but the album simply wasn't a pleasant experience and saying otherwise would have been a disservice to Mr. Baker and the readers alike. Thankfully Baker is a well-adjusted individual who took it all in stride and said (paraphrasing) "Hey I knew it was a challenging and experimental project - I'm just glad you gave it a chance. Hopefully you'll do the same on our next one."

Here then is that next one -- with a title so profane that if I spelled it all out for you I'd probably be the one getting dropkicked off a roof only it would be Google AdSense putting their boot up my backside on the way down. I'm just going to shorthand it to "FTPBS" for the purpose of saving my sanity and collecting the buck sixty-five in revenue it's likely to generate. Much like Mr. Baker I can't say that I do this because it's a great living - I do it for the love of the words.

That love comes through on "FTPBS" tracks like "I Love People" featuring Marilyn Carino and Red Pill. There's an underlying message that comes through that the world is hella frustrating virtually anybody over the age of 13 can relate to. If you're still naive enough to believe things work out for the best and everybody in this life means well it's probably not the song for you. Peep Alaska (that's Tim's rap nom de plume) breaking down his issues:

"Yo... you wanna see performance art?
Create a fake Twitter feed and a tortured heart
(True) And that's there's just the saucy part
I'm talking false alarms and office parks
+Lost Arks+ and Nazis, off color cacophonies
And honestly, I'd rather hear +As Nasty As I Wanna Be+
And me - I'm a wannabe version of Rammellzee
It's simple economics now cause time's now a commodity"

The chorus shows a vital level of self-awareness as Baker doesn't exempt himself from his criticism: "Most people are dicks and I count myself among them." It's funny in a cutting way right down to the deep and dank instrumental that loses itself in the lowest end of 88 piano keys until it almost drowns. Then again what did you expect from an album called "FTPBS" anyway right? These tracks are heavy like a Chevy. The distorted vocals and mournful wails of "The Kids Are Alright" suggest anything but. The song "Chekhov's Gun" lives up to the implied concept of the title by stripping away anything unnecessary so that you're not lured in under false pretense. And holy s--t if you're not in the mood to be depressed don't listen to "We Are F#$#ed" at all.

Much like the last Words Hurt release "FTPBS" is "challenging" but this is the kind of challenge I can appreciate. Baker has always been a thought-provoking emcee who refuses to tow the line of mainstream mediocrity. He'd rather make a point than make a profit, but thankfully he doesn't come off like a preacher at the pulpit either. He's well written but he's well delivered, so his flow is akin to that of El-P or Talib Kweli, so that even when he's bashing you over the head with knowledge you're not left feeling concussed. I'm still not going to say "FTPBS" is for everyone though. It's bleak and negative and seems to operate on the general premise that if we're all screwed anyway we might as well talk about it and get our feelings out. It's a cathartic kind of listen that may be too heavy for anybody who just wants to keep playing "Panda" on loop.