Pete Santos :: Riding to the Tune of Time 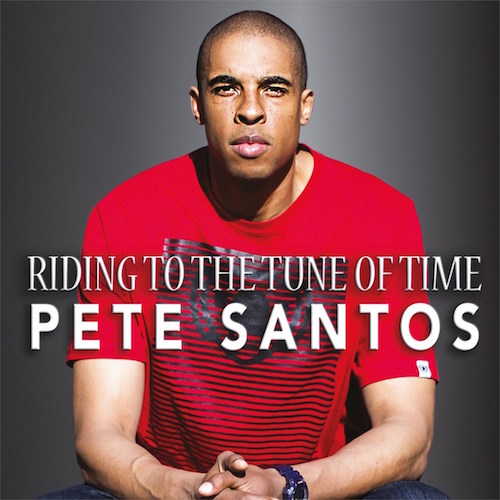 Taking your first shot out of the gate can be tricky. For an artist's first album, it's even trickier. The debate about showing what you've got is akin to a game of poker. Do you go all-in, bluff, or strategically keep a poker face until the time is right? Some artists peak on their first album and never quite reach the same heights in subsequent releases. Others are raw talent that simply need to be honed. Some show glimmers of potential on their debut. Others are just flat-out duds. Pete Santos falls in the tertiary possibly.

Born and raised in Connecticut, Mr. Santos has made Finland his residence for the past 10 years now. Under his own name, he's self-released his own debut, "Riding to the Tune of Time". As an emcee/songwriter, Mr. Santos is like Murs: Similar flow, voice, multi-faceted vulnerability, and rhyme style, but the difference is in region (Murs is west coast, ya'll) and experience. His debut is produced by Finnish producer Timo Sihvonen, who provides a consistent sound for the most part.

With airy atmospheric backdrops covered by a myriad of choice snares, Timo has somewhat of a hybrid boom-bap/synth influence to his sound. The album's lead single, "Cellular", with the aforementioned production and a hook featuring CT-based poet Akua Naru, has Pete waxing lyrical about (as described in the single's press release) "some of the things I appreciate: travel, sneakers, and sports. It takes you to a fun place". Have a listen of the song below:

The album starts off with "Belgium Wheel" with ethereal voices, heavy echoing drums, and whispered lyrics. "Lost and Found" has a dope bassline, piano samples, and the only track that starts off with what is clearly a sample. Lyrically, the verses are a first-person narrative of approaching and getting with a female. "The Plan" has Mr. Santos adapting his east coast delivery to a choppy beat.

As with most debuts, there are some tracks on here that didn't strike me as hard as some of the others did. "Oxydine" is gospel-inspired on the hook and the lyrics, but the drums and the angelic vocal melodies in the background overshadow the raps, making it difficult for me to have a synchronous listen. This also afflicts "Space is Where", in which the apt-spacey production is more of the main event instead of the stream-of-consciousness lyrical reverie. "I Did it for the Music" is a storytelling track with a minimal drum beat and harpsicord synth loop, but the problem is the obvious static that gives the track a somewhat un-mastered sound. However, that's understandable given the do-it-yourself nature of the project on the whole.

"Riding to the Tune of Time" isn't a stellar debut, but it's not bad either. There's definitely room for improvement in the production and the raps. Mr. Sihvonen has an ear for melody and drums, and he's got variation to his production which is one of the highlights of the album. From his contributions, I'd say he can enhance his sound via engineering and mastering to add significant clarity to it. As for Mr. Santos, I still maintain that he's an east coast Murs. On "Cellular", he shows his lyrical potential the most. On nearly every other track, he has the sound of an emcee still looking to sharpen up his style. "Riding to the Tune of Time" has glimmers of potential. The kind that, if polished right, can eventually have a kaleidoscopic luster.