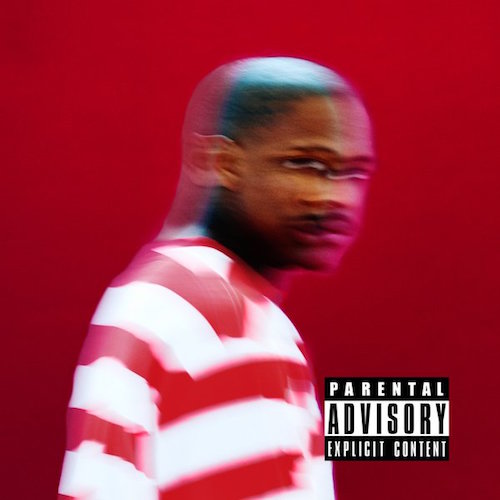 Rap music offers a depressing number of examples about recidivism and how difficult it is to escape cycles of trauma, violence, and poverty. Many rappers who grew up surrounded by crime and violence find that it follows them into adulthood and prosperity. How many hip-hop concerts, recording sessions, and video shoots have been disrupted by gunfire? How many rappers have suffered violent deaths? How many rappers are in prison for parole violations for doing things that middle class whites get away with every day? From T.I. to Jazy Z, from Biggie and 2Pac to Big L, from Lil Wayne to Lil Boosie, the impact of violence and the criminal justice system on African-Americans is clearly illustrated in hip-hop.

YG (Keenon Daequan Ray Jackson) is the latest rapper to go from hood to riches and find that the hood has a nasty habit of following you. YG went from breaking into houses to making hit singles, but his transition from criminal to rap star hasn't been smooth. He was shot at while filming a video in 2012, and was shot while recording in 2015. Much of "Still Brazy," his second album after 2014's breakthrough "My Krazy Life," deals with the aftermath of his success, and what it means to be a gangbanger who is now a famous rapper. To put it in Compton album terms, this is YG's "Chronic"; he has one foot in the life of celebrity, and one foot in his old life.

He starts off with warning people "Don't Come to L.A." "Y'all playing. "Y'all playing with the set [...] but I'm really from the set, so y'all don't come round here." "Who Shot Me" is YG contemplating who could have fired shots at him, and arriving at the same lesson Biggie did twenty years ago, that it's often those closest to you that betray you:

Even the certified party track is about gang life. "Twist My Fingaz" is a club song, but it's a club song about throwing gang signs when fake gangsters try to mess with him at the club. "I just do my dance/Cuff my pants/Twist my fingaz with my hands," he raps, over a slapping G-funk beat.

That beat marks a departure for YG. Where his previous work had been mostly produced by DJ Mustard, YG is working with other producers here. While P-Lo and DJ Swish's tracks all have a similar sound to Mustard's now ubiquitous chanting 808s, there's also a notable G funk influence. When I first heard "Twist My Fingaz" I thought it was an obscure 90s song, and several other tracks have a similar old school feel.

While most of the album is concerned with asserting that YG is still a G despite his fame, it closes with a trio of protest songs. First up is "FDT," about presidential hopeful Donald Trump. The LAPD shut down a video shoot for the song, and the Secret Service allegedly threatened YG's label over it. Maybe they didn't like the implied violence against Trump; YG implies at several points that if elected Trump is likely to have shots fired at him. It's ironic that the authorities caught feelings over YG's songs, and yet Trump made similar insinuations against his opponent and got a pass.:

"FDT" lacks the elegance and poetry of Kendrick, Ice Cube, Chuck D, or other more notable protest rappers. However, what YG lacks in lyrical grace he more than makes up for in honesty. His song reflects the frustrations that a lot of black and Latino feel about the Trump campaign.

"Blacks and browns" compares the experiences of a black and Latino Angelenos. YG raps about the issues of black on black violence and calls for unity:

"We killing ourselves, they killing us too
They distract us with entertainment while they get they loot
They never gave us what they owed us, put liquor stores on every corner
Welcome to Lost Skanless, California"

Meanwhile, Sadboy raps about being a second-class citizen:

"They made the border for the browns cause we're not allowed
Gotta get the green card for me and my child
Those assholes payment under the table that don't last a while
Those jobs getting passed around, they dog our people
Why we gotta look for work at Home Depot?
It was us before the natives, why we ain't equal?"

Sad Boy offers the best features on an album loaded with features from everyone from Lil Wayne and Drake to Nipsey Hustle Slim 400.

The album ends with "Police Get Away Wit Murder," a song that address police violence. YG raps about the same overreach of powers and poor treatment that N.W.A. rapped about almost 30 years ago, with a chorus of "We don't give a f***/Police get away with murder!" "Still Brazy" may be unrepentant gangsta rap, but YG is well aware of the cost of the life he raps about, and the forces that drive people to it.