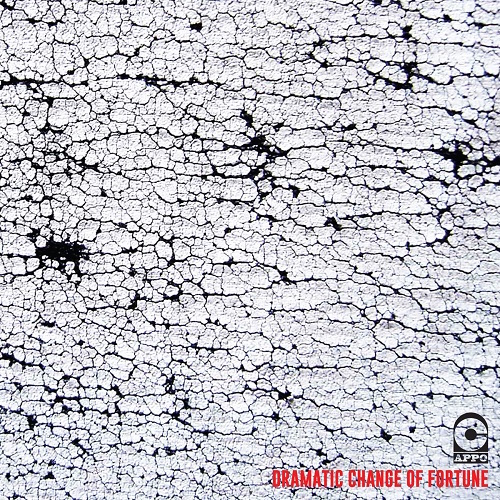 In 2003 Nottingham's Cappo was out to "Spaz the World," ripping mics over uncompromising production he spliced together with fellow Notts residents The P Brothers. Suppose that was the only or the last time you heard from Cappo and you now treat yourself to "Dramatic Change of Fortune," you're very likely to ask yourself, 'What happened?!' It's not as if the rapper had been idle in the meantime artistically. His release schedule has particularly picked up in this decade, including last year's full-length collaboration with DJ Nappa, "Rebel Base." But his conduct on "Dramatic Change of Fortune" is such that one is led to wonder if the artist indeed recovers from some kind of life-changing incident.

Over the brief course of 37:32 minutes, he rides a stream of consciousness that takes him deep into the psyche of Cappo the artist and the private person. Recalling Kendrick Lamar's method of looping his lyrics about recognizing responsibility on "To Pimp a Butterfly," Cappo uses lyrical modules - three to be exact - that he returns to at various points. One starts off: "Dramatic change of fortune in the making / A change of fate / Shit - make you change your life." It's an unusual experience for listeners who are used to hear a specifically worded theme brought to a closure in one song. To complicate the listening experience further, on "Dramatic Change of Fortune" beats change and tracks end abruptly, Cappo's delivery is weighed down either by the severity of the subject matter or the mental burden. To illustrate the fundamental way Cappo looks at things, in some instances he phrases the same sentences in singular and plural, or in the first and second person.

"Dramatic Change of Fortune" is for listeners who like to sink their teeth into intimate and introspective rhymes that reserve the right to remain opaque. They will also more readily accept the lyrical loose ends. As the album evidently didn't happen by accident, it does have perhaps not a clear-cut beginning but an (albeit open) end. "Boozehawk" starts the procedings with the statement "You can only get away with this shit for so long" (again in variations), leaving it open if he's talking about personal or professional, his own or someone else's behavior. "Bong Bong" deals with the former, one of the songs that with some certainty can be located in the artist's private life.

The same can be said for "Sex," which contains the wonderful rhyme "I wait for her with bated breath / for the next time we escape from death." Gender relations also permeate "Air," but it's doubtful if there can be a resolution considering disillusioned observations like "Some liars are pathological, some illnesses you don't treat" and "Things fall apart, things break." "Calf" starts on a similarly glum note, Cappo pacing around a bottomless pit of misery, but there emerges an individual, perhaps a child, that induces feelings of affection, culminating in the still cryptic but moving segment:

If "Dramatic Change of Fortune" can be likened to a bout of depression, the patient is going through tough times, but at the end he's not ready to give himself up. It is perhaps far-fetched to claim that his MC state of mind prevents Cappo from surrendering because he indicates several times that he's thinking about ending his career in the face of indifference and hostility. But the singles "O.O.B." ('Out of Body') and "Ether" let on that he might view the future just a little bit brighter. The latter is particularly compelling, circling around existential issues for any artist like 'What am I doing here and what will remain of me?' Confidence increases with "15-10" (featuring Juga-Naut) and "15-11," Capps offering, "I never been that run-of-the-mill, I'm one in a mill." Finale "Vinter" can be regarded as the conclusion, the rapper mentally overcoming adversity and self-doubt.

There's a point during "Dramatic Change of Fortune" where it seems almost inappropriate that Cappo brings up other people's rap and his - expectedly - negative feelings towards it ("Bout It"). Especially as he seems on his way to a deeply personal album. But by the end you will accept that for Cappo private and professional are inseparable. "I been doin' this for the best part of my life... that's all I know," he submits on "Vinter." And so rap is not only his medium for this catharsis, it's also an inevitable subject. In the words of unlikely witness Warren G: "Rhythm is life and life is rhythm." As dedicated to beats as he is to rhymes, Cappo (assisted by Theorist on seven tracks) puts his moods in short musical sequences that have one foot in the past and one in the present. Seemingly absent minded but really alert, seemingly scattershot but actually deliberate, "Dramatic Change of Fortune" is an intriguing work of art. Exceptionally dry and frequently enigmatic, it is certainly not for everyone, but those who dare make the investment will be rewarded.