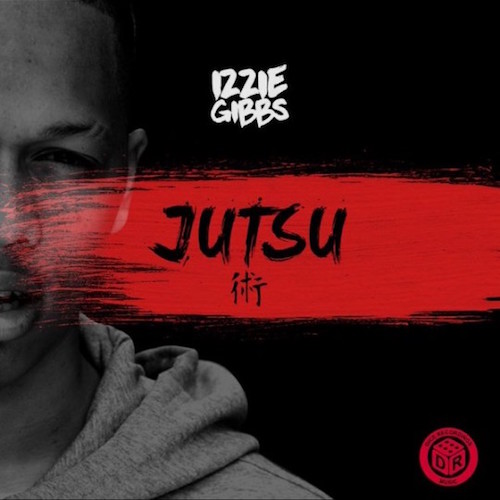 Northampton Grime emcee Izzie Gibbs is currently setting the scene alight with his release "Jutsu EP", boasting two of the year's most potent singles in "Mandem" and "My Life". Admittedly, these songs dominate the six-track EP, yet Izzie Gibbs' delivers a constant stream of heavy bangers. As a snapshot of aggressive rapping over surprisingly accessible instrumentals, "Jutsu EP" is the perfect gateway record for the Gri-curious (shut up).

If "Bars" doesn't have you bouncing off the walls, I'm not sure what will. It reminded me of Fat Joe's thunderous single "300 Brolic", barking included, yet Izzie (who helpfully refers to himself as I-double-Zee for any American listeners) tears the beat a new asshole/arsehole without dropping any "dope" bars. His intensity elevates "Bars" so much that it may as well be known as "BAAARRRZZ" instead. That's not to say Izzie Gibbs is a lesser emcee - but it's the way he delivers said bars, not the bars' content.

One of my most played tracks of 2016 is "Mandem", an insanely catchy single that should come with a health warning. Repetitive and ultimately hollow thematically (it's further talk about having bars), it's hard not to enjoy - if we were in 2004, this would be the year's biggest ring tone. Something that Izzie is clearly talented at crafting - Grime that's filthy, yet incredibly welcoming. I'd love to hear him team with Ghetts someday, it'd be like the UK's M.O.P..

Speaking of veterans, Izzie lands a strong Big Narstie feature on the single "My Life". Produced by the brilliantly named Spookzville, "My Life" represents the lone Hip-Hop effort here, bolstered by a quality Prynce MINI hook. Izzie's swiftly dispatched flow is less effective than earlier tracks but Narstie's slower, more calculated lines ensure he dominates proceedings. It's a massive song that puts a big fat full stop on the EP, despite being the "least Izzie" track here.

"Jutsu EP" is short and sharp, and comes highly recommended to anybody approaching Grime for the first time, especially if you're a seasoned Hip-Hop listener.