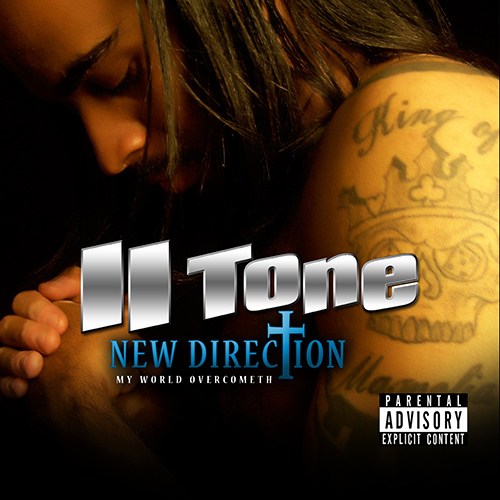 Although the course of history forces many a popular artist to confirm to prevalent tastes, established genres like blues, rock or jazz offer a career option that lets artists do what they're best known for and hopefully best at. Playing into their hands is the fact that their fanbase advances with them in years, people who love them for what they do and are grateful that they haven't abandoned it yet. They play in a league of their own and even calling it the senior divison won't diminish their standing. And if they're truly lucky bastards, what they do is so compelling, genuine and timeless that they continue to garner new fans, some born long after their initial breakthrough.

American rap acts have had a hard time prolonging their careers substantially. It remains to be seen whether some rappers will be able to succeed the likes of Duke Ellington, Tony Bennett, John Lee Hooker, Johnny Cash, or the Rolling Stones in terms of extended longevity. Gang Starr would have been viable candidates, before unfortunate and then tragic circumstances befell the duo. A Tribe Called Quest just recently took a shot at it with promising prospects despite or because of Phife's death. A few others seem to have a somewhat stable future ahead of them which a chance of rejuvenating their fanbase.

But while individual careers don't last particularly long, the musical movements they are part of often endure. This is quite obvious in rap music's East Coast branch, where chopped samples are still a common sound. Other regions developped their own characteristic sonic styles. Houston, New Orleans and Atlanta all have a rich history that ultimately propelled southern rap to the top, and so does Memphis, via seminal groups Three 6 Mafia and Eightball & MJG. II Tone has been a visible part of the Memphis scene for over 15 years, his most pivotal role being that of co-founder of Black Rain Entertainment together with the late Mafia member Lord Infamous. His solo debut dates back to 2000 ("In Too Deep"), and he executive-produced all Lord Infamous releases on their label. You wouldn't be wrong to expect a certain sound from II Tone, but what you might not expect is such a straightforward old fashioned album. "New Direction: My World Overcometh" is sure to remind listeners of rap from the south circa 2005-2010.

Which is potentially good news for II Tone. Despite there being seemingly fewer variety in the proud genre of hip-hop, the fans of yesterday haven't simply vanished. And they have their own expectations. If someone specifically yearns for that Hypnotize Minds sound, II Tone has got them at least partially covered. Echoing, spooky mid-tempo synths open the album while II Tone offers insight into his biography and philosophy with the pace of a shaman and the tone of a pitchman. "Hangin' in Da Hood" comes equipped with enough menace to match threats like "I'm masked up, super crunk, smokin' chunks, I'm through with blunts / Ridin' round town with your body in the fuckin' trunk." "Ridin' in Da Black Rain" hits the right notes for an epic, melancholic track (altough the effect is diluted once the rhythm section sets in). And plus "Frosty" is a posthumous Lord Infamous feature. The sample for "Criminal Mind" is well chosen and converted and contrasts the rapper's relentless (but not breathless) rapping. The superbly programmed percussion of "Cut Your Water Off" alone is worth paying attention to the song, early on solidifying the album's musical diversity, further verified by the rhythmically stuttering, musically stunting "Top Back." The type of classic soul interpolation behind "Ain't No Dope Like I Got" can almost be called a southern staple, while "Can You Stand the Rain" is the uncorrupted '80s quiet storm cover that harks back to '90s rap. Speaking of, "Take Ah Puff" makes sure to include Muggs-type shrieks for some proper Cypress Hill allusions.

So yes, "New Direction" is musically solid - if resistant to newer trends. Tone's problem is that he's not a classic artist. He's as generic as they come. He can keep a sound alive, perhaps even an attitude. But he lacks any feature that would make him stand out in the supraregional music scene that he's part of. It is a typical case of shooting yourself in the foot when you name an album "New Direction" and open it with a song called "Different" but don't do anything to substantiate those terms. When you instead fill said album with rhymes from the phraseology of a million and one street rap albums. Any rapper approching a 16 with the building block method has to expect that certain lines don't fit. It is not our intent to lambast well meaning artists, so let's just say that II Tone's rhymes don't always add up. And when they do you'll very rarely think you've witnessed something worth remembering. For the sake of it, let's pick out "You can gossip 'bout my lifestyle, you hate it and you're bitter / but the shit I'm goin' through, I wouldn't wish it on you, nigga" or "Money getters, wig splitters - Martin Luther had a dream / Not that fuck shit you be doin' leadin' to a crime scene." Interesting lyrical impulses that unfortunately go absolutely nowhere.

A classic artist can make these things work, including contradictions and clichées. In "Criminal Mind" II Tone references the legendary Scarface with the arbitrary line "This the diary of a madman, money and the power." Not so long ago Scarface summed up Tone's basic configuration which he fails to verbalize in one rhyme: "Greatest ever done it, you can learn from it / Dope game - ran it, rap game - run it." II Tone says it himself - there's levels to this shit. You can take every one of his attributes (defiance, intimidation, ignorance, swag, insight, empathy) and think of another artist who took it to whole 'nother level. That's why II Tone can, like so many hidebound hip-hoppers, cater to your nostalgia only for so long.