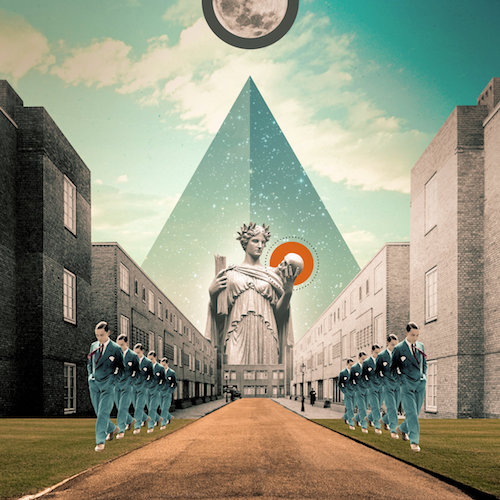 Throughout the years Mr. Lif has remained a hip-hop enigma who defies easy definition. I first made a point of buying one of his releases on a visit to Boston while at a store I'm reliably told no longer exists (Biscuithead Records) because it's just in my nature to "support local" in hip-hop when and where possible. I buy Houston artists when in H-Town, I buy French rap albums when in Montreal, et cetera. Anyway I didn't really know what to make of Mr. Lif then and even today my sense of appreciation for his style varies greatly. He's not the most mellifluous rapper out there. It wouldn't be accurate to call his flow robotic, because there's still a natural organic fluidity to his speech, but the degree of emotional variance is incredibly subtle and difficult to catch. For some this makes listening to him a maddening exercise, but over time I've come to respect the intellect behind the words, and to gain an appreciation for his deft timing and breath control over almost any beat. He works even better when paired up in a group such as The Perceptionists, but is still intriguing even on your own if you take the time to truly let his unique vocal pattern sink in.

Happily "The Life & Death of Scenery" does just about the two best things you can do for Mr. Lif -- pair him with an excellent producer (L'Orange) and pair him with fellow Bostonians, as you can hear his Perceptionist comrade Akrobatik on both "Strange Technology" and "The Scribe." The former brings out the kind of boom bap qualities one expects from a Czarface record, while the latter takes it up a notch from that level with some hard hiting ivories and scratches by the legend DJ QBert.

As with many of Lif's albums there's an overarching theme, one that would be familiar to Deltron 3030 fans. To briefly summarize the proceedings, Lif is a rebel in a dystopian future where an Orwellian state has banned all forms of culture. Vinyl is against the law, music is againt the law, and pretty much everything other than what you're told to do by the state is against the law. People are kept complaint by being rationed food in limited doses and forced to worship the sun and prescribed times every day. YIKES. The good news though is that Lif is there to narrate the proceedings as the elite rulers living in "A Palace in the Sky" see their empire start to literally crumble, all while denying that the emperor is nude.

"So the gods gathered and they conceptualized the king's demise
They planned to put his palace in the skies
in the form of vapor, a disappearing act caper
A wonder of the world, it's inexplicable by nature
Everyday a different brick in the walls evaporated
The first man to notice it was fascinated
but then his heart palpitated, panic wriggled through the kingdom
The mystics start to sing 'This is what fate would bring the king'
The mystics didn't live long after that
Many inhabitants had left this haunted habitat
And although the edifice was sick, the ruler wouldn't budge a lick
cause it was clear that he was clinging to his gravitas"

Therein lies the appeal of Mr. Lif beyond the mesmerizing and surreal calmness of his flow - the ability to paint verbal portraits that draw you into a scene even when read off a screen. His unique talent and unique vocal tone put him in a world of hip-hop that draw many comparisons but few accurate descriptions, so it's better to say that Mr. Lif is much like his compatriot L'Orange - completely fresh in his own unique way.