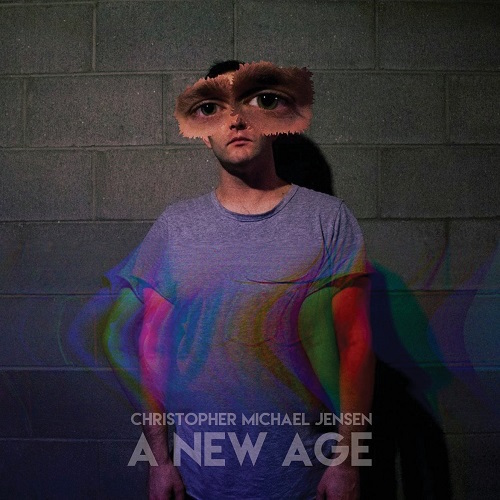 Jensen might have reached a new age, but his music is unabashedly old school. In this case, that means that lyrics are prized above all else. In particular, the rhymes within the lyrics take precedent; the rhymes are plentiful and occur both at the end and within the lines. Take the song "Ease Up On 'Em" for example:

"You should pack it up man, who could blame ya
You're just another flash in the pan like lewd behaviour
My brain stem is half man half amazing
A different sample of human nature
Plus I'm the truth and the truth will save ya
Unless you wanna battle then I'm euthanasia
I leave emcees wide eyed
Sorta like the cartoons that are viewed by the youth in Asia"

The multi-syllabic rhymes extend to eight syllables in the first couple lines. Later lines may not stick to such a rigorous rhyme scheme, but Jensen makes up for it with clever wordplay. Jensen uses a change in context to separate same sounding rhymes like 'euthanasia' and 'youth in Asia.' The majority of verses on this project are constructed just as adeptly. If you appreciate this kind of dedication to lyricism, then "A New Age" is an easy sell.

If you're looking for a more updated approach to production, though, it's harder to recommend. Firstly, the musical style hearkens back to the late eighties and early nineties. This doesn't necessarily mean that the instrumentals are all samples and breakbeats, but it does refer to quality of sound. Essentially, this means that the songs are mixed so that the vocals stand out more than the drums or loops. It reminds me of how the first Heltah Skeltah album "Nocturnal" sounds, for instance. It makes sense if it's a stylistic choice for someone that wants each word to be heard, but it may alienate a lot of listeners. To be fair, Jensen may not even want fans that can't appreciate the bars. Even still, some of these very same listeners may not give a fair chance due to this.

The other hurdle potential listeners may have to overcome are Jensen's actual vocals on "A New Age." He will sometimes rap the first word of line at a higher pitch like Common used to do on albums like "Can I Borrow a Dollar?" It can be a little unsettling, but it's not even close to as squeaky as Common was. He sounds a little like Slug from Atmosphere the rest of the time, which makes sense considering they're both from Minnesota.

The bigger issue is probably the singing that plagues a couple of these tracks including "No Regrets," "Post-Truth World," and "Wilted Hopes." Personally, these are the biggest offenders because I don't mind Jensen's vocal tone when rapping. Just like rapping, singing is a skill that must be thoroughly practiced. Unlike rapping, it requires a key to sing in, whereas rapping is mostly atonal. Jensen brings the atonal qualities of rap to singing which isn't particularly effective. Although, even if the singing is still nowhere near as good as the rapping there are much worse offenders in popular music than Jensen. He might be better off employing someone else to sing for him. The aforementioned "Wilted Hopes" actually appears to enlist a singer named Cappie to back Jensen up the hook. This is a good idea but Cappie is relegated to the background when it would have probably sounded better if their roles were reversed.

Jensen's "A New Age" is an enjoyable listen, despite the few gripes I have. He is among the best rhyme writers that I've heard, and he never trips over his flows even if some other rappers have smoother or bouncier deliveries. Jensen is a great example of why Hip Hop never died and never will. The results would be undeniably amazing if you put him with a master recording engineer and maybe a master beat maker; for example, DJ Premier could fit both classifications actually. With that said, this is a solid album even without that kind of collaboration.