:: The Order Label
as reviewed by Grant Jones 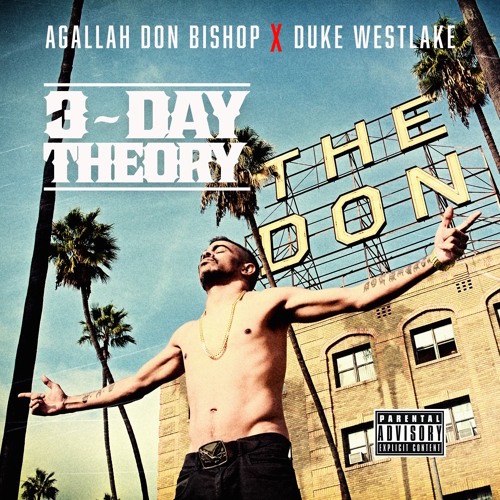 There was a super slept-on album released in 2013 by Cali emcee Trek Life called "Hometown Foreigner". While Trek's unique concepts and relatable rhymes were the main selling point, what immediately grabbed me was the production Đ it was real Ayatollah-like. Thumping yet smooth; Duke Westlake was a new name to many, having released a couple of projects on the acclaimed and respected label Mello Music Group. The two shouldn't work well together given the smooth/rough combination, yet they do, delivering a strong EP months before Agallah's latest full-length, the horrifically named "Agnum Opus".

First things first, this EP deserves better publicity. Agallah's been delivering quality street raps for 20+ years now and there are moments here that are reminiscent of 8-Off's classics "Till My Heart Stops", "Crookie Monster" and "Risin' to the Top". Granted, Agallah has never been the most lyrical cat, but his gruff, street-hardened delivery lends his songs a passion matched by few. "Woke up in Hell" showcases this, sounding hungrier than ever as he shares his appreciation for his rough start in life. It's not as deep as that may sound, but with the thumping piano-jabs on the instrumental, it's difficult not to care when your necks catching whiplash.

Westlake's most thumping offering is "Proper," a mean track full of references older heads will appreciate (Harry Belafonte, Pete Sampras, "call me Pimp Jagger"). The message is rooted in authenticity, with Agallah even admitting that he "has Duke Westlake there's no need to call Dre". Now, a Dr. Dre and Agallah album would be cool but it's about as likely as a Nas and DJ Premier album (he says hoping to tempt fate). Agallah has a point though, Duke Westlake is hugely slept on and "3-Day Theory" proves that the L.A. producer is a short step away from wider recognition.

S--t like "Sit With the Winners" and "Children in the Street" are fire. FIRE. In a year of intensely lyrical records from the likes of Kendrick Lamar, Brother Ali and Oddisee, it's great to hear hard street raps over booming backdrops, something that is becoming a bit of a lost art.